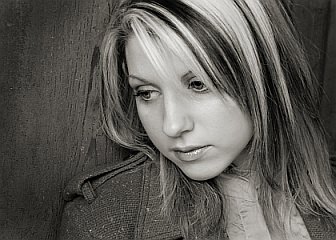 With a broad range of influences ranging from Jennifer Knapp to Janis Joplin, Beth Stalker’s soulful voice is a refreshing new sound. Born in Detroit, Michigan, Beth started performing when she was only three years old.  As a five year old she  performed at Opryland in Nashville, sharing the stage with legends like Porter Wagoner and Roy Acuff.  In 2005, Beth exploded onto the Detroit Music scene winning six (6) Detroit Music Awards.  A life-long fan of Jazz, Beth recorded a Jazz CD called Hallelujah, I Love Him So in 2006. She received national exposure when she appeared as a contestant on American Idol in 2008.  Beth is currently working on her latest album scheduled to be released in late 2009.

True to the original form of Hip-Hop, Mahogany Jones began as a poet. Raised in Mt. Vernon, New York, she began to compile hundreds of poems scribbled in composition notebooks at the age of thirteen. It wasn’t until 1996, during her first year of college, in a small cafe called the Brooklyn Moon, that she began to hone the art of the Spoken Word by sharing mics with the likes of Saul Williams, Mums the Schemer, Sarah Jones, and several others. 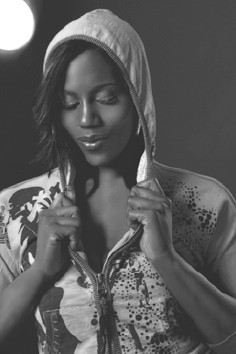 Mahogany states “I caught the bug. It was my dream to rock the mic.” Now an active member of Holy Hip-Hop’s movement, The Yuinon, she is interested in “battling the degradation, mindless instant gratification, and poverty mentality that’s suffocating Hip-Hop today”.  Her travels as a spoken word artist and emcee have taken her throughout the U.S. and have allowed her to grace stage line-ups with Dead Prez, The Roots, India Arie, Canton Jones, Lecrae, Da Truth, Flame, Ambassador, K-Drama, Braille, Eric Cross, and others.  Producer Ironic-Lee helped Mahogany produce the full length project, Morphed.

4thFridays is held in Studio A at the Performing Arts Center located at 15801 Michigan Avenue in Dearborn, Michigan. Doors open at 8pm. Show starts at 8:30pm. Admission is $10 at the door.

The 4thFridays coffee flavor of the month is Bourbon Pecan Torte.