Ford Driving Skills for Life aims to reduce the number of teen vehicle crashes in America.

Ford Motor Company is intensifying its efforts to educate teen drivers about the dangers of distracted driving – such as texting while driving – through a new initiative under its nationwide Ford Driving Skills for Life (FDSFL) program.

On the eve of the U.S. Department of Transportation’s Distracted Driving Summit, Ford Motor Company Fund will host a special FDSFL event in Washington, D.C., on Tuesday, Sept. 29, demonstrating specialized training methods designed to help teens recognize and avoid driving distractions such as manually dialing a phone or texting. Ford recently became the first automaker to endorse a federal ban on manually sending text messages on hand-held devices while driving.

“It is important for automakers, lawmakers and communities to work together in addressing this escalating concern,” said Jim Graham, community relations manager, Ford Motor Company Fund. “Vehicle crashes take a major toll on our nation’s youth every year, which is why we are committed to teaching eyes-on-the-road, hands-on-the-wheel techniques.” 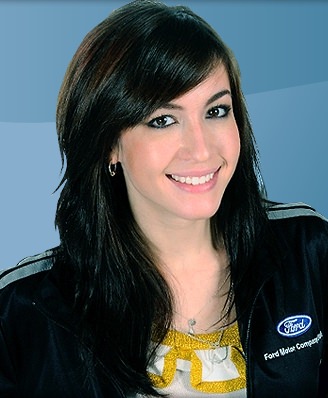 The program is centered on Ford research that identified the lack of key skills – speed management, space management, vehicle handling and hazard recognition – that leads to 60 percent of vehicle crashes for newly licensed drivers, ages 16 to 19 years old. Auto accidents are the leading cause of death for teens in America, claiming nearly 5,000 lives each year.

Now, in addition to those key skill areas, FDSFL instructors are intensifying the focus on distraction management by routinely challenging students’ powers of concentration during supervised drives on controlled courses using a variety of methods. They prompt drivers to visually and verbally interact with passengers and manually operate the car radio, climate controls and mobile electronic devices such as an MP3 player or cell phone. By increasing the distractions, the instructors help students recognize and avoid dangerous behaviors.

Simple actions such as taking a water bottle from a passenger, opening it and drinking from it while negotiating a pylon-lined course demonstrate the risks involved in multitasking behind the wheel. Additional actions such as searching for a song on an iPod or interacting with multiple passengers also challenge young drivers to stay the course without hitting pylons.

“Adults treat distractions much differently because, with experience, they’ve come to understand that the driving environment can change quickly and dramatically while you’re looking away from the road,” says Graham. “That’s why we believe it’s important to help teach these skills earlier before kids face this in the real world.”

According to a NHTSA-sponsored 100-car study conducted by Virginia Tech Transportation Institute, driver inattention that may involve looking away from the road for more than a few seconds is a factor in nearly 80 percent of accidents.

“A growing number of drivers are using hand-held wireless communications and music-playing devices while driving,” said Dr. Louis Tijerina, Ford senior technical specialist. “Research clearly shows that manual operation of those devices that takes the driver’s eyes from the road for extended times creates the kind of distraction that causes accidents.”

Ford developed the VIRtual Test Track EXperiment (VIRTTEX), a state-of-the-art simulator that monitors and analyzes a variety of driving behaviors. Since opening in 2001, Ford has completed a number of driver distraction studies that have contributed to the development of FDSFL, the MyKey(TM) programmable teen-safety feature and SYNC(R) hands-free communication technology.

“Our studies show that teens, particularly 16- and 17-year-olds, are much more willing to take risks while driving, such as manually dialing on a mobile phone in situations that demand greater attention,” said Jeff Greenberg, senior technical leader, Ford Research & Advanced Engineering.