You are here: Home / Business / Free Haircuts/Styling for Unemployed at Hair Designs North

Dearborn, MI – Hair industry icon and former Artistic Director of Vidal Sassoon, Maurice Tidy, will be in Detroit on April 25th and 26th for his national “Live to Give” charitable organization, Hair Care, which partners with local salons in cities throughout the U.S. to give free haircuts and pre-interview style maintenance advice for those who have lost their jobs and are competing to find work. 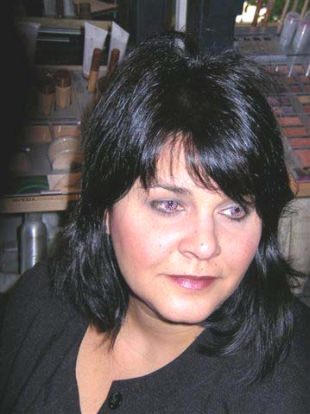 The Hair Care event will be hosted by Mr. Tidy’s colleague Al O’Sada and Kimberly Briffa at their Detroit area salon, Hair Designs North, located at 841 S. Military, Dearborn, MI (313-277-7755), on Sunday, April 25th and Monday, April 26th, between 9am and 5pm. Over 25 local Michigan stylists have already volunteered their services and are expected to create haircuts for up to 500 people. Services for both men and women will be performed on a first-come, first-served basis for the event.

“As the national unemployment rate has risen, so too has competition for existing jobs,” Maurice Tidy explains. “One in ten Michigan residents are currently out of work and a professional appearance is essential to making a good first impression. Staying well groomed and appropriately dressed is critical for job hunters.”

Charleston- based Maurice Tidy and Gina Caruso conceived the idea for Hair Care after Gina joined the ranks of the unemployed and became acutely aware of how many sacrifices must be made when you lose the financial security of a regular paycheck. Maurice, relating to Gina’s struggles, said: “I have owned salons all over America, including those on Madison and Park Avenues in New York City and I have enjoyed an amazing career in the salon business in both London and America. Now, I want to give back. Gina and I have created these programs nationwide to those who have been affected by this recession.”

Hair Designs North has been serving clients in the Detroit area and beyond for over 25 years.

Al O’Sada along with his wife Joyce built the Hair Designs North salon in 1984 in the heart of downtown Dearborn, Mi. The mantra of the salon being “When you look Good…You feel Good”. Our career in the beauty industry encompassed a rewarding relationship with Americoif of Detroit; a Michigan based progressive hair organization of which Al was President, Vice President and Treasurer for many years. He has mentored many hairstylists who are now working in top salons around the country as well as doing stage work. His daughter Kimberly Briffa, currently the manager of the salon has taken part in several community projects in and around the city, HAIR CARE being the biggest and most meaningful project.