You are here: Home / Business / Dave Bing to Speak at Business Builders Breakfast

Detroit Mayor Dave Bing will be the keynote speaker at the Dearborn Chamber of Commerce’s Business Builders Breakfast, Wednesday, May 12, 7:30 am at the Henry Ford Estate – Fairlane. 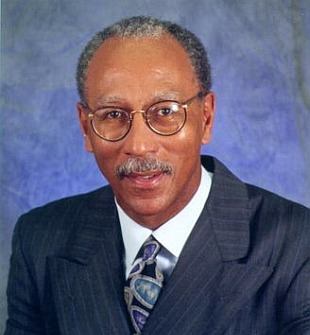 Dave Bing was a seven-time All-Star professional basketball player for 12 seasons with the NBA, a businessman and just elected as the 70th mayor of the city of Detroit.

He had earlier been elected mayor in a special election on May 5, 2008 to replace Kwame Kilpatrick and then won the full-term mayoral election last November, defeating challenger Tom Barrow.

“We are thrilled to host Mayor Bing and feel that he will be a significant asset to this event ,” said Chamber President Jennifer Knott Giering. “We know that he will provide valuable take-away information for the attendees.”

Dave Bing came to Detroit as the No. 2 pick in the NBA draft in 1966 and has lived here ever since, playing nine seasons for the Pistons. He held a job every off-season, either with the National Bank of Detroit or Chrysler. After retiring from basketball in 1978, Bing started his own business, the Bing Group, in 1980. An  auto parts manufacturer, the Bing Group employed 500 people and had revenues of $300 million a year.

Dave Bing has been recognized with numerous awards prior to becoming Mayor of Detroit – including National Minority Small Business Person of the Year, presented by President Ronald Reagan in 1984; Crain’s Detroit –  Business Newsmaker of the Year in 1994;  Hour Magazine’s Detroiter of the Year in 2003;  and Ford Motor Company’s Community Service Award in 1999 and 2003.

“I think the old way of running the city has gotten us where we are,” said Bing. “It’s not going to work. Politics have led the city for a long time. I think it’s time for business to lead the city.”

The Chamber’s newly named Business Builders Breakfast (formerly Economic Outlook Breakfast) in May is one of four such events planned for the year. Individual tickets are available ($30 for members; $35 for non-members) as well as corporate tables ($400) by going to www.dearbornchamber.org.

The Dearborn Chamber of Commerce works to promote the best interests of nearly 600 member businesses by helping them connect with prospective customers, promote products and services, succeed in business through increasing sales and saving money, and to be a leader in the Dearborn community.