The parade will start at 10:30 a.m. this year, a change from the past, to accommodate a special ceremonial funeral procession, called a “Heroes Mile,” beginning at 9:30 a.m. on Monday, May 31.

As always, the parade runs from Firestone, just west of Greenfield, to Schaefer eastbound along Michigan Avenue.

Leading the parade will be five grand marshals— active or former servicemen with Dearborn connections who represent the five branches of the military. They reflect the theme of “Hometown Heroes.” 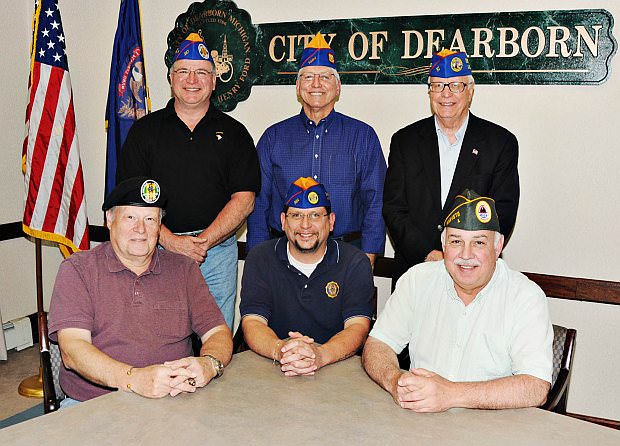 At the end of the parade, Col. Martin will speak at the annual remembrance service at the Dearborn War Memorial, on the grounds of Dearborn City Hall. The ceremony begins at about 12:15 p.m.

The Dearborn parade is known for its flyovers, and 2010 is no exception. The parade is scheduled to include flyovers from two A-10 jets from Selfridge Air National Guard Base, historic aircraft and a U.S. Coast Guard helicopter.

The funeral procession will pay respect to at least 14 veterans who died without resources and whose cremains have been left behind in Dearborn funeral homes without a proper burial.

A new state law made it possible for veteran groups to transfer their forgotten comrades to a final resting place.

Members of the Dearborn Allied War Veterans Council did all the legwork for this final demonstration of gratitude to the late servicemen. They also raised money for and constructed a military caisson to carry the cremains along Michigan Avenue.

The funeral procession will end in front of City Hall at about 10 a.m., where there will be a ceremony to render military honors to the deceased veterans.

The first-of-its-kind funeral procession was organized by DAWVC members on the 2010 parade committee.

For those who are unable to attend in person, the Memorial Day Parade will be televised on Dearborn’s CDTV, which is Comcast Channel 12 and WOW channel 10.