You are here: Home / Arts / Comics Convention for Kids

The Kids Read Comics Convention, a free event promoting comics and graphics novels for kids and teens, moves to Dearborn for its second annual celebration on June 12 and 13, 2010. The event will be held in Dearborn’s Henry Ford Centennial Library and feature over fifty artists and writers who work in comics and animation. These creators will lead a variety of hands-on workshops and participate in panel discussions and presentations aimed at kids, teens, parents, teachers and librarians. 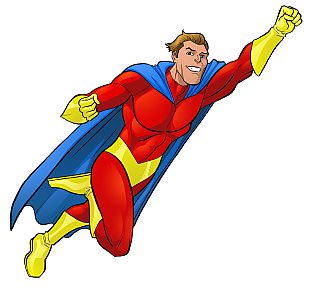 Dan Merritt, an organizer of the event and co-owner of Green Brain Comics in Dearborn, says that much of what comics offer today is geared toward older fans, but that comics for young readers are making a comeback. The nonprofit Kids Read Comics group wants to give those readers a chance to explore the world of possibilities that comics create. But there are other goals as well. “It’s also a chance for kids to unlock their own creativity through comics,” Merritt says. “And we want to show teachers and librarians how they can use comics in their settings. We think comics can be a great tool for promoting literacy.”

Detroit’s own Chiller Drive-In host Wolfman Mac will emcee a Saturday evening cosplay contest, with teens dressed up as their favorite characters. And the younger set will have their own costume parade led by Darth Vader from the Star Wars fan and charity group 501st Legion.

In addition to well-known creators from Michigan, the Midwest and as far away as England, Kids Read Comics will host local independent and small-press artists and writers. Says Kids Read Comics co-organizer and teaching artist Jerzy Drozd, some of whose students will be displaying their work at the show, “KRC is about giving everyone the tools they need to express themselves creatively through comics. Even if they never become professionals, they can make artistic creation a rewarding lifelong pursuit.”

Kids Read Comics does not require an admission charge or a fee from exhibitors. The Dearborn Public Library and the City of Dearborn provide the bulk of the support for this year’s event, and the convention receives financial and in-kind assistance from Oakwood Healthcare System, Detroit area comic shops and several publishers of kids comics, including Archie Comics, Capstone Comics, DC Comics and Top Shelf Productions.” Green Brain Comics is hosting an art display on the theme “kids reading comics,” and works created for the show will be sold in a silent auction to help defray the cost of running the convention. Artwork can be viewed at http://bit.ly/ajn9pK. The works are currently on exhibit and will remain in place until the convention kickoff reception at Green Brain on Friday evening, June 11.

The Kids Read Comics website can be found at www.kidsreadcomics.org.