City contractors have identified the location of the leak in the pipe under the pool deck at Crowley Pool and were making the repair to that specific site on Friday, June 18. But the scope of the repairs goes beyond that one site, and must be considered before a time line can be set for the possible re-opening.

UPDATE: City Council voted Monday evening to repair Crowley pool as soon as possible – “Work should begin as early as Thursday, June 24th and the pool should open one day next week!” 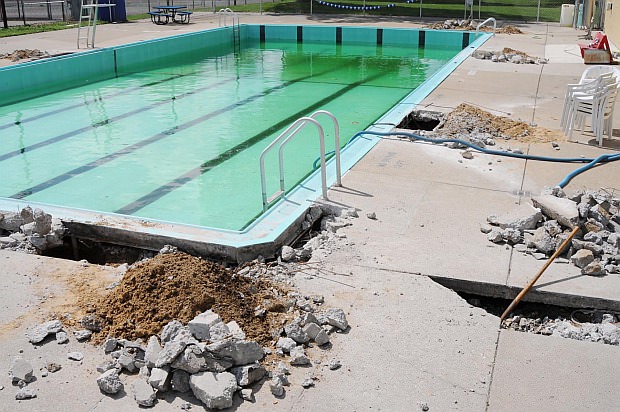 The immediate consideration is that the leak has washed away areas of the foundation under the pool deck, which is a safety issue. The City must continue to determine the extent of that wash out and how best to stabilize the foundation of the deck. The City then also must address the most cost-efficient way to repair or replace sections of the pool deck in order to best cover that foundation.

It must also consider that the aging pipes of the circulatory system could leak in the future, disrupting the foundation and deck again, and so the cost of replacing the pipes must be a factor under review as well. Assisting the City with information is NSA, the company hired earlier this year to assess the condition of all eight outdoor pools.

NSA was asked to assess the impact of the leak at Crowley and to forward recommendations to the City as soon as possible. After receiving those recommendations, the City will be in a better position to make a decision regarding opening the pool this season. NSA’s recommendations will likely include several approaches, from less expensive, “quick fix” repairs to more extensive, longer lasting solutions. 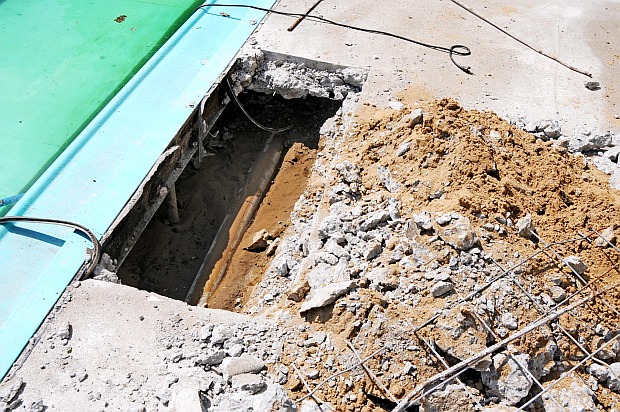 Addressing issues at the pool is not unexpected, given the age of Crowley, which was built in 1964. Its pool hull was replaced in the 1970s, and now is 10 years past its life expectancy. In fact, city crews repaired a leak in the pool hull in early June, fixing that problem before the pipe leak was discovered. NSA is reviewing all eight of the outdoor pools, including Crowley, and the associated costs to fix or maintain them now and for the long term.