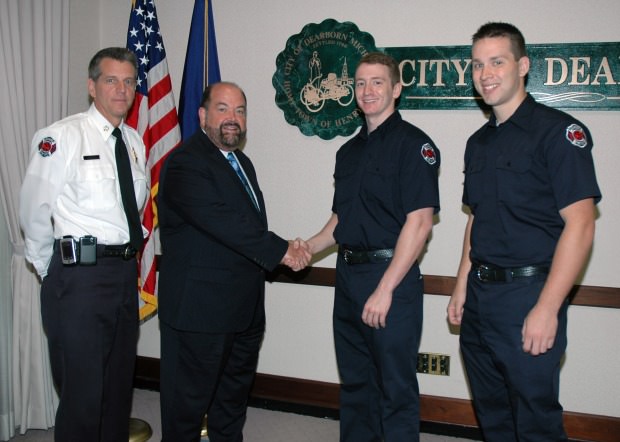 Mick is a graduate of St. Alphonsus High School. He attended Schoolcraft College where he completed classes at the fire academy and received his paramedic license. His most recent employment was with Beaumont Hospital as a paramedic on the mobile ICU.

Silas is a graduate of Dearborn High School. He attended Henry Ford Community College where he received his paramedic license, and the Oakland Community College fire academy. His prior work includes being a paramedic with Concord Ambulance and more recently a firefighter with the City of Pontiac.