“This was our second time to perform at the annual Jazz à Juan Festival,” said Rick Goward, Henry Ford Big Band’s director of 27 years. “And, it was made even more special, because this was the festival’s 50th anniversary.” 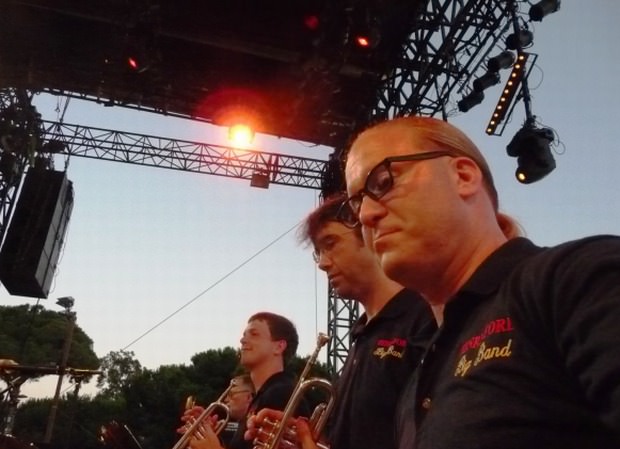 Raising nearly $75,000 to fund the band’s trip to Europe was not a small feat in today’s economy. However, Goward acknowledged the tremendous support that the band received from longtime supporters and the local community.

In addition to the standing ovations the musicians received following the concert at the Jazz à Juan Festival, the band also made the front page of the Nice morning newspaper the following day.   DVD copies of the televised concert will be available in early November, and the band is hopeful that the concert will be aired on PBS Detroit television.

“In my 34 years of teaching, this year’s festival performance attracted the largest and most enthusiastic audience ever,” added Goward. 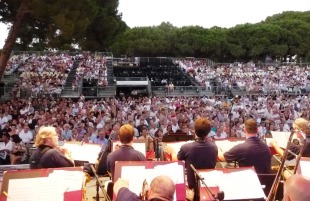