You are here: Home / Community / If You See Something, Say Something

Dearborn, Mi. – Dearborn Police Chief Ronald Haddad and the Dearborn Police Department continue to contribute to the development of community-based policing initiatives promoted by Department of Homeland Security Secretary Janet Napolitano.  Secretary Napolitano has recently announced a series of initiatives to support state and local law enforcement and community groups across the country in identifying and mitigating crimes and threats to their communities.  Meanwhile, the CATO Institute held a special forum regarding citizen journalism and video recording of police activities to help keep police departments honest and improve the justice system.

A campaign called If You See Something, Say Something is encouraging police departments to strengthen relationships with, and between, community-oriented, service-oriented, religious and cultural groups to ensure a free flow of communication and cooperation.  When there is an environment of trust and understanding between the police and the community, it is more likely residents will feel comfortable coming forward with information that could reduce or prevent crimes of all types, including those that affect national security. Under the initiatives supported by Secretary Napolitano, it is also important that relationships be strengthened between all levels of law enforcement. 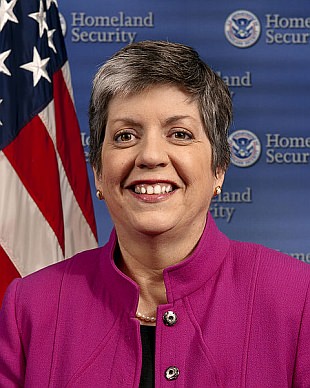 Early this year, the board of directors of the Southeastern Michigan Chief’s Association, which represents municipalities, including Detroit, in seven counties, unanimously selected Chief Haddad as its representative on the federal Urban Area Security Initiative (UASI) committee. UASI is responsible for the appropriation of federal funding for Homeland Security projects in the State of Michigan. Chief Haddad’s actions on this committee and the Dearborn Police Department’s establishment of local advisory committees to facilitate communication between cultural, religious, service, and community-based organizations, has gained the attention of Secretary Napolitano.  Secretary Napolitano has made expanding the Department’s partnerships with state and local law enforcement a priority. Chief Haddad was recently appointed to serve on the Homeland Security Advisory Council (HSAC), which provides advice and recommendations to Secretary Napolitano. Secretary Napolitano asked the HSAC to make recommendations on how Homeland Security can better support community-oriented policing efforts.

Chief Haddad was one of three chiefs of police across the nation to serve on this 32-person working group, which includes accomplished leaders from state and local governments, first responder communities, human rights and service organizations, and academia.

On Aug. 3, Chief Haddad, along with others from an advisory council work group, was present in Washington, D.C. when Secretary Napolitano launched the expansion of the “If You See Something, Say Something” effort during an international media event. This campaign uses a simple and effective program to raise public awareness of indicators of crime and other threats, including terrorism, and emphasizes the importance of reporting suspicious activity to the law enforcement authorities.

In line with the DHS’s initiatives, Chief Haddad reminds residents of the important role members of a community play in the safety and security of the country.  “It was average citizens that wrestled and controlled an individual who tried to ignite a bomb on a Detroit bound jet on Christmas day,” said Chief Haddad.  (Referring to the now famous Christmas day bomber on KLM / Northwest Flight 253. ) “And it was the observations and actions of a local merchant that led to the discovery and arrest of a suspect who attempted to ignite a car bomb in Times Square, in the heart of New York City.

Kurt Haskell (of Newport, Michigan) reported that a second person was involved in the flight 253 incident. Dutch authorities contradicted Haskell’s report. Kurt and Lori Haskell are both attorneys and persisted in reporting suspicious activities they witnessed regarding flight 253.  Controversy is still swirling around Haskell’s interpretation of events, however Kurt Haskell is hopeful the truth will be revealed.

The CATO Institute recently released a YouTube video about the use of video as it relates to law enforcement.

“We all have to deal with the opportunities and challenges presented by widespread video technology. The same is true for police. But law enforcement might prefer that cameras not be a part of their interactions with citizens. Does the First Amendment protect citizen journalism, or do police agents have a right to privacy while performing public duties? Citizens should have the right to record their interactions with police and police should be required to record their most intense interactions with citizens. The video features attorneys David Rittgers and Clark Neily and journalist Radley Balko.”

Today, the CATO Institute is holding a special online policy forum on the use of video and citizen journalism.

Secretary Napolitano believes that local police departments, using community policing models, have been effective in the identification of issues related to all types of crimes, including potential acts of terror, which can affect the quality of life in communities.  “Homeland security begins with hometown security, and our efforts to confront threats in our communities are most effective when they are led by local law enforcement and involve strong collaboration with the communities and citizens they serve,” said Secretary Napolitano.

“A local police department is the instrument to action and all departments are equipped to investigate behaviors, situations, and objects that appear suspicious,” said Chief Haddad.  In Dearborn, citizens are encouraged to call “911” on any emergency or in-progress situation. They are also encouraged to call the Dearborn Police non-emergency number of (313) 943-2241 on any suspicious non-emergency situation. In addition, callers to the department’s tip line at (313) 943-3030 can remain anonymous, should they so choose.  The Dearborn Police Department provides critical information to residents in several ways, including through alerts from Nixle.com.

Note: Portions of this article were derived from City of Dearborn, CATO Institute, and DHS  news releases.