DEARBORN, Mich. – The Dearborn Senior Services One Day Travel program will be attending the Glenn Miller Orchestra performance at the Ford Community and Performing Arts Center on Friday, Oct. 22, 2010

Reservations will be taken through September 24 (today). Tickets are $45.   A traditional turkey dinner with all the trimmings will be served in the Hubbard Ballroom prior to the performance.  Call Dearborn Senior Services 313.943.2412 today to reserve your spot for the special dinner. 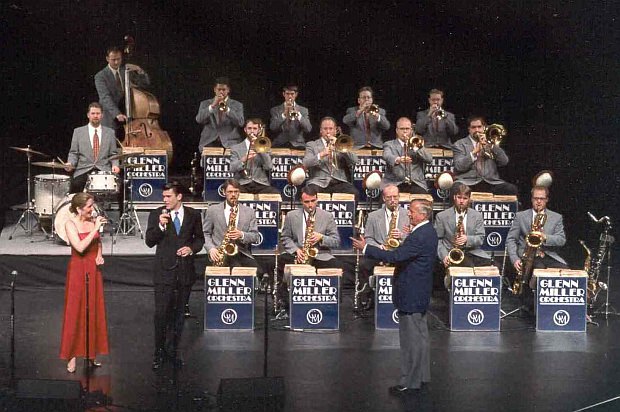 Quoting from an old Glen Miller review:  “Born in 1904, the myopic and seemingly mild-mannered Glen Miller toiled in relative obscurity for close to two decades as a trombonist and arranger. His first big band failed, and he was 34 years old before his revamped orchestra finally hit it big. From 1939 to 1942, Miller and his band racked up eight million-selling records and 23 chart-toppers. In 1942, at the height of his success, Miller somehow wangled a captain’s commission in the Army Air Force despite the fact that he was well past the draft age. He formed a service band that played for the troops in Europe and made radio broadcasts. On Dec. 15, 1944, Miller, who had been promoted to major, boarded an airplane in England for a flight over the English Channel to France, where he planned to join up with his service band to play for the soldiers who had just liberated Paris. The plane never made it, and no trace of the crew, the passengers or the aircraft was ever found. Miller, whose status remains missing in action, was awarded the Bronze Star for his contributions to the war effort.”  (Read more Glen Miller reviews.)

The present Glenn Miller Orchestra was formed in 1956 and has been touring consistently since, playing an average of 300 live dates a year all around the world. Trombonist Larry O’Brien is the orchestra’s present musical director.