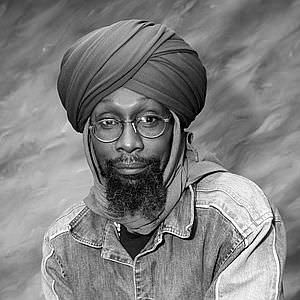 The Department’s comprehensive investigation of the FBI action took many months because it required the cooperation of multiple law enforcement agencies and government entities in order to reach a complete fact-based conclusion.  Dearborn Police Chief Ronald Haddad acknowledged the community’s patience during the long, but necessarily exhaustive, process.

“The unnatural loss of life under any circumstances is profoundly regrettable and this case is no different. Imam Luqman Abdullah had family, friends, and a religious following who have all been impacted by this event,” Chief Haddad said.

“As in any death investigation, a prudent, thorough, and complete investigation that analyzes all of the facts before reaching a conclusion had to be done. It was important that we not release critical case information until all of the facts were obtained and substantiated,” Chief Haddad said.

Because the Department’s investigation is now concluded with the release of the Attorney General’s Office’s report, the City of Dearborn will be appropriately fulfilling requests filed under the Freedom of Information Act regarding the matter.

The Dearborn Police Department’s investigation included the interviews of 85 witnesses, as well as voluntary interviews with the FBI agents involved in the fatal shooting.

The facts revealed that the FBI designed a tactical operation that included sufficient resources to best ensure the safety of the public and all parties involved, including the defendants. It is important to note that four out of five of the defendants in the warehouse surrendered without incident and were not injured.

It is clear that the decisions made by Imam Luqman Abdullah, when confronted by the arresting authorities on that day, put into action a series of events that ultimately lead to his death. Careful review of the facts have revealed that Imam Luqman Abdullah fired three shots in the direction of agents, which resulted in the death of an FBI K-9 (dog) prior to any agents returning fire.

Chief Haddad reports that he has never experienced the unprecedented high level of cooperation that he has witnessed in this case. Chief Haddad credits the U.S. Department of Justice, the U.S. Attorney’s Office of the Eastern District of Michigan, the U.S. Inspector General’s Office, the FBI, the Michigan Office of the Attorney General, and all other local, state and county authorities, along with the methodical and thorough investigative efforts of the Dearborn Police Detectives in reaching a disposition in this investigation.