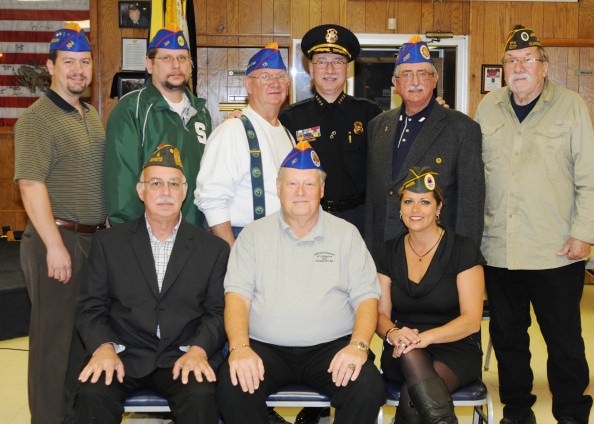 Shown in the back row (from left) are: Trustees Gary Tanner, Richard Fleek and Richard Przebienda (who is also adjutant and quartermaster); Police Chief Ronald Haddad; Chaplain and 2009 Veteran of the Year Thomas Houle; and Sergeant -At-Arms Leonard Zazula. Chief Haddad administered the oath of office during the installation on behalf of Mayor John B. O’Reilly, Jr.