You are here: Home / Community / Dearborn Firefighter Set to Return to Afghanistan

DEARBORN, Mich. – For Ryan Darnell, service above self is a way of life.

Even if that means his life is in constant motion. He is both a Dearborn firefighter and a member of the elite U.S. Air Force Pararescue team, with previous assignments in Iraq and Afghanistan.

Having just come home in September, he is returning to Afghanistan in late December for his third deployment in a zone of conflict.

Dearborn firefighter Ryan Darnell is returning to Afghanistan in December.

His two lives parallel each other for drama, strength and heroism, and he keeps a positive outlook about the good he is able to do because of both of his life-saving professions.

“The two jobs I do marry up beautifully. There’s a lot of commonality. I hope my experience will encourage other young people to serve their community and country,” he said.

Dearborn Fire Chief Richard Miller says, “The motto of Air Force Pararesecue is ‘That others may live.’ It is a fitting place for a very dedicated and motivated husband, father and firefighter.” 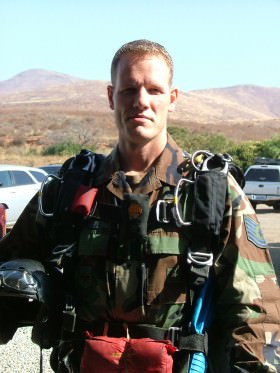 As a Dearborn firefighter, Darnell has gone on countless medical emergencies, including auto extractions.

“Because of my training, I’ve been able to be cool under pressure. I can step back and look at the situation more clearly. That’s thanks in great part to our officers here. The scope of our practice in Dearborn is great. Then to take that experience to a hostile environment, you operate at another level,” he said.

“Now with combat experience, caring for people who were mortally or critically wounded, I can look at patients everywhere with more confidence. I know I will be able to work to the best of my abilities whether it’s a cardiac arrest, a large percentage burn or a gun shot wound,” he said.

“It has increased my confidence and competence exponentially,” he said.

Pararescue is the Department of Defense’s only combat–oriented rescue entity. PJ’s, as they’re called, deploy around the world via air, land and sea to extract, treat, stabilize and evacuate injured personnel.

Darnell says of these special operation units, “It doesn’t matter how we get to a scene, we just get there.”

Missions take place in austere and non-permissive environments. Rescues take place everywhere – from the top of a mountain to the depths of an ocean — and include emergencies from a burst appendix to a gunshot wound. And all this takes place under the threat of enemy fire.

To accomplish these missions, Pararescue team members are among the most highly trained emergency trauma specialists in the U.S. military and they must earn and maintain an emergency medical technician combat paramedic qualification.

Among other skills, they must also be accomplished in swimming, scuba diving, basic airborne, HALO (High Altitude-Low Opening) parachuting at sky dive altitudes, rope rescue, and confined space and mountain rescue. They must also be trained to operate ATVs (All Terrain Vehicles) and small boats.

Darnell is happy for this time at home and grateful for what he’s learned. 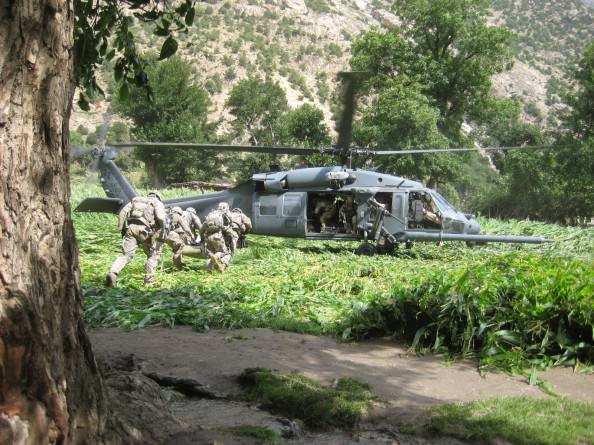 Ryan Darnell is a member of the elite U.S. Air Force Pararescue team, shown here in action in Afghanistan.

“With the training, we get to rescue someone from a confined space. Those same skills can be used to rescue a window washer at one of the city high rises,” he said.

Ryan and his wife, Sarah, are the proud parents of Natalie, their one-year-old daughter.

“The greatest thing I’ve got going for me is my wonderful family,” he said. “I’ve put my wife through more than she should have to endure, the training, the leaving on a regular basis. I couldn’t do what I do without her,” he said.

“If there’s one take-away for families, it really helps military members to know that folks back home are supportive of our loved ones,” he said.

“And for me, the level of support to the military here in Dearborn is second to none. To be able to live these two lives at the same time is tremendous.”

Darnell is representative of other dedicated City employees who serve both their community and their country. Also on active duty and serving in Afghanistan is Fire Lt. Alex Zawinsky. In addition, on military reserve duty is Lt. Paul McKeever and firefighters Mark Gosbeth and Brian Keith.