DEARBORN, Mich. – Dearborn residents can help get the roads plowed faster and more effectively this winter by moving parked vehicles off of the street whenever heavy snowfall (three inches or more) is predicted.

That way, if snow plowing is needed, it can be done in the fastest and most effective manner. Keeping parked vehicles off of the street allows snow plows to go curb-to-curb instead of working around vehicles parked on the street. 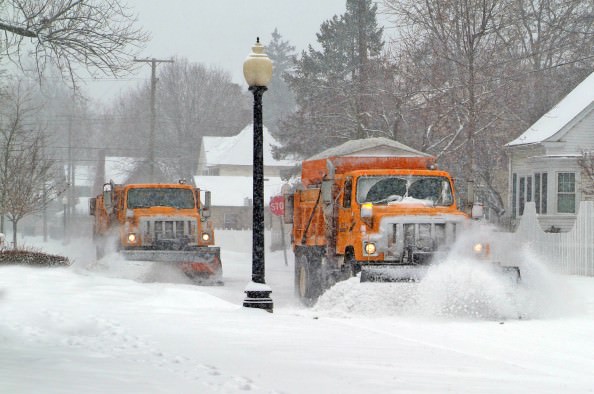 Dearborn residents are reminded to remove their parked vehicles from the streets when heavy snowfall (three inches or more) is predicted to allow for efficient snow plowing. If a snow emergency is declared, residents must remove parked vehicles or they could be ticketed.

Residents are reminded that when the City of Dearborn declares a snow emergency, parked vehicles must be removed from the street or be ticketed and possibly towed away. Police do not issue warnings.

Note that when snow plowing is needed, City ordinance allows vehicles in a driveway to be parked across the sidewalk without penalty. Residents should keep their parked vehicles off the street until the snow emergency is over, even if their street has been plowed once. Crews may return to clear roads again if conditions require it.

A general rule the City follows is that a snow emergency may be declared when snowfall of three inches or more over a short period of time is predicted. You can check to see if a snow emergency has been declared via any of the following methods:

Snow emergencies may also be delivered via text or email messages from the public safety information system known as Nixle. You can sign up for alerts at Nixle.com