DEARBORN, Michigan — Inforum will be hosting  author Anne Doyle on March 3, at 11:30 a.m. at the Hyatt Regency of  Dearborn, for a luncheon to launch “Powering Up! How America’s Women Achievers Become Leaders.” Doyle’s first book, “Powering Up!” is an inspiring field guide that shows three generations of female achievers how to take the next steps toward gaining the focus and the courage required to become leaders. Anne Doyle will be joined by many of the 125 women Anne interviewed for her book – at the event. 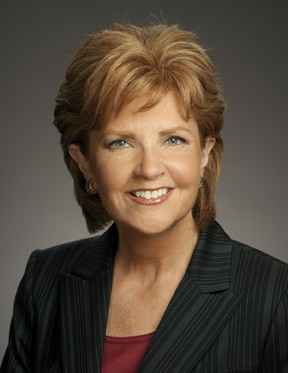 “The United States has become a nation of women achievers. Yet, despite having legal rights and educational and economic opportunities that most of our global sisters only dream of, American women are Leadership Underachievers,” Doyle says. “We’ve been treading water for over a decade as the numbers of accomplished women in the middle keeps growing. It’s time to regain our sense of urgency and begin reaching across generational, economic and racial lines to lift one another into leadership positions.”

“We could not be happier to be hosting the launch of Anne’s book,” said Terry Barclay, president and CEO of Inforum and Inforum Center for Leadership. “Anne is a long-time member and friend of Inforum. She also is a dynamo who knows a lot about fostering leadership and breaking barriers as a journalist, executive and consultant. The women she has interviewed for her book offer inspiration and practical advice that would benefit any woman – or man – who seeks to step up and make a difference.”

As a journalist and auto industry executive, Anne has worked side-by-side with some of the most admired leaders in global business, sports and politics. From global manufacturing plants and executive suites, to the halls of Congress and sports locker rooms, she has been tested and mentored. The lessons Anne has learned have fueled her work as a speaker, media commentator, workshop leader and consultant.

Anne knows something about breaking barriers. In fact, the trajectory of Anne Doyle’s entire life has been toward empowering women. In the fall of 1978, she became one of the first women hired in the U.S. as a major market TV sports anchor and reporter. She was on the air for CBS-TV in Detroit for five years until late 1983. Her pioneering work and excellence in news and sports journalism earned her a listing in “Who’s Who of American Women” and election to the Michigan Journalism Hall of Fame.

Anne joined the public affairs staff of the world’s second largest automaker in 1987, at the beginning of a decade of record profits and expansion. Over her 13 years in the tough environment of the auto industry, she held numerous leadership positions in global product development, sales and marketing, customer service, and governmental affairs operations.

Inforum is Michigan’s leading business forum for women, with more than 1,800 members from a cross-section of Michigan’s business community. The mission of the organization is to strengthen the business environment by creating opportunities for women to lead and succeed. Founded as the Women’s Economic Club in 1962 in Detroit, Inforum has affiliates in Grand Rapids and Lansing, Michigan.