DEARBORN, Mich. – This Friday, February 26th, is promising to be a lively and refreshing night at 4thFridays coffeehouse. Special guests Kindred Nation (world music band),  Mahogany Jones (poet/rapper) will join with Rufus Harris in sharing their tunes and beats. 4thFridays is a once-a-month coffeehouse and is part of The CAMP, a non-profit organization which “showcases gifted independent artists and provides spiritual enrichment to the community through the arts.”

Mahogany Jones is a Detroit-based artist hailing from New York. She began writing poetry when she was thirteen, filling several notebooks with hundreds of poems. It wasn’t until she started college in 1996 that her interest and dream to “rock the mic” started taking tangible form. She has performed with many talented artists including Saul Williams, Mums the Schemer, and Sarah Jones. In 2000, Mahogany joined Toni Blackman’s Freestyle Union and with much vigorous freestyle and movement training, she became an em-cee. She now travels throughout America as both a spoken-word artist and an em-cee, sharing the stage with artists such as Dead Prez, The Roots and India Arie. 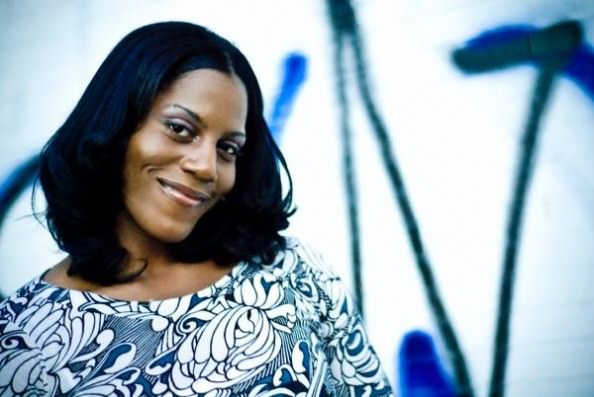 The group is compiled of Jackson Baugh (drums and percussion), Carl Behrendt (vocals and bass guitar), Kevin Casteel (keyboard and vocals), Scarlett Moore (lead vocals), and Joe Palmer guitar, (trumpet, woodwinds, vocals). Just as their music is unique, the composition and birth of Kindred Nation is peppered with distinct and individual details that only add to their already marvelously exclusive presence.

Kevin and Jackson started writing together in February 2002. They soon expanded by adding Simon Frost, an english guitarist, and bassist Carl Behrendt. Detroit vocalist Chester Price joined the group shortly after. Several wonderful but short months later, in the Summer of 2003, Simon moved to Arizona to pursue a business opportunity and Chester passed away from a completely unexpected aneurysm. Kevin, Jackson and Carl were ready to call it quits. Just then, “God supplied [their] needs”, and they crossed paths with Scarlett. Joe was put into contact with them via FaithFest’s Musical Director and together the 5 of them have been a “perfect fit”. Their first performance was in 2003, and their first album (Believe Like a Child) was released in 2005.

Rufus Harris is founder of The CAMP, has released three albums with two more underway, and, when not performing at churches or coffeehouses, enjoys sharing his music in prisons and nursing homes. Rufus was born in Alaska and was exposed to a wide variety of music from a young age. His style is inspired and smooth, vocally and melodically similar to Seal, a bit of funk, and “guitar work like Toto” –  all stemming from a spiritual focus.

Rufus was, not too long ago, one of the most requested recording engineers in Metro Detroit. He has worked with artists such as George Clinton, Earl Klugh, The Four Tops, Marvin and BeBe Winans, and The Commodores.

4thFridays is held in Studio A at the Ford Community and Performing Arts Center in Dearborn. The address is 15801 Michigan Ave. Doors open at 8pm and the show starts at 8:30pm. Admission is $10 at the door. Personal checks are accepted.