DEARBORN, Michigan – Every February, the Rotary Club of Dearborn invites two students from each of the local high schools to attend and participate in Rotary Club meetings. The students have the opportunity to talk with Dearborn Rotarians and learn about their involvement in local, regional, and international relief efforts. During Youth month, the Rotary Club of Dearborn also awards scholarships to two outstanding high school seniors in memory of longtime Rotarians, Harry A. Sisson and Hugh Archer.

This year’s Harry A. Sisson Memorial Scholarship was presented to Ahmed El Moussa, a senior at Fordson High School. The $5,000 annual award is made possible through an endowment from the Harry A. Sisson Foundation. Mr Sisson became a Rotarian in 1917 and patterned his life after the principles of Rotary’s motto ” Service above Self.” Criteria for winning the Sisson Scholarship include exemplifying the Rotary service ideals along with high academic achievement, leadership among peers and demonstration of the highest ethical standards. 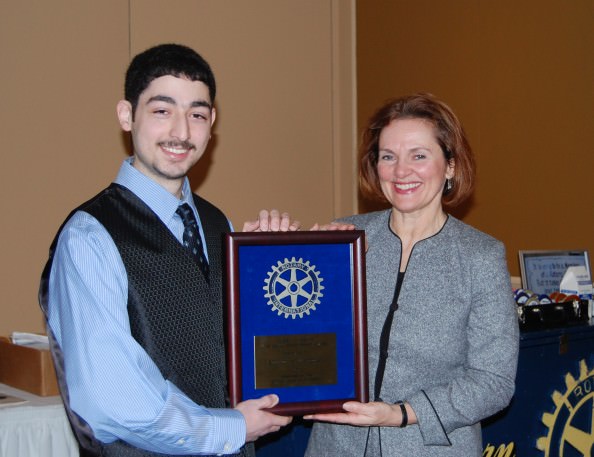 Rotarian Val Murphy-Goodrich, chairman of this year’s Sisson Scholarship committee, presented the award to El-Moussa, Ahmed El Moussa is co-founder of “Volunteers for Change” a service club that provides children’s activities. He is active in Red Cross club at Fordson and was elected to National Honor Society. He holds a third degree black belt and enjoys teaching younger students the discipline of martial arts. 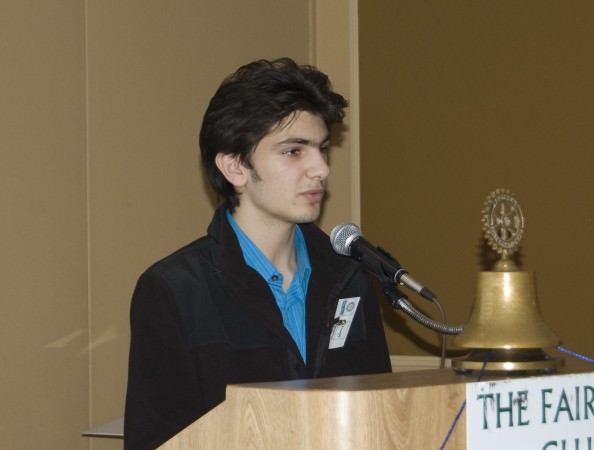 During a separate presentation, Dearborn High School Senior Norman Orabi received the fifth annual Hugh Archer Memorial Scholarship. Open to students who attend public or private schools within the Dearborn school district boundaries. The Hugh Archer Memorial Scholarship was established in memory of the longtime Rotarian and Dearborn resident who passed away in 2005 at the age of 91. Founder and Chairman of Spiratex Company, a plastics extrusion company in Romulus. MI. Archer was a registered professional engineer whose many achievements included inventor, scientist, entrepreneur, banker, businessman, ham radio operator, sportsman, and humanitarian. Archer held several leadership positions in Rotary and served as president of Rotary International in 1988-1989. 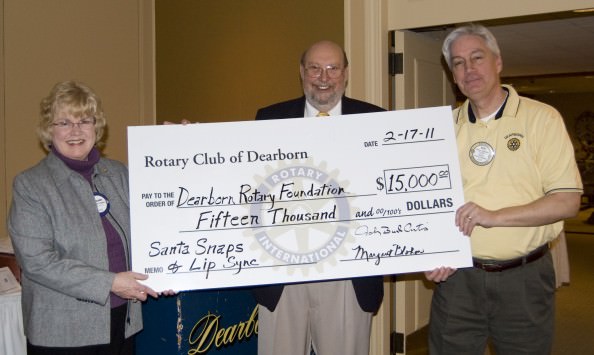 President Margaret Blohm and President-Elect John Artis present a check for 15K to Bob Gleichauf, President of the Dearborn Rotary Foundation. The money was earned at Santa Snaps and the Lip Sync program.

Dearborn Rotarian Lee C. Hollmann, chairman of the Hugh Archer Memorial Scholarship committee, presented the $3,500 award to Orabi, who is first in his class of 325. Orabi was recognized for his service to the school and community. In addition to numerous academic awards, Orabi has been President of the Student Council for 2 years, is Captain of the Soccer Team, plays soccer for a Southeast MI Soccer League, and is active in the work of the Guardian Angel Animal Rescue program.