Dearborn Heights, Mich. – At Dearborn Heights Montessori Center (DHMC), several families have two or more children who are enrolled in the school’s toddler through middle school programs. The convenience of driving only one school route each day appears to be the logical and easy answer until you talk with the parents who readily share a variety of reasons. 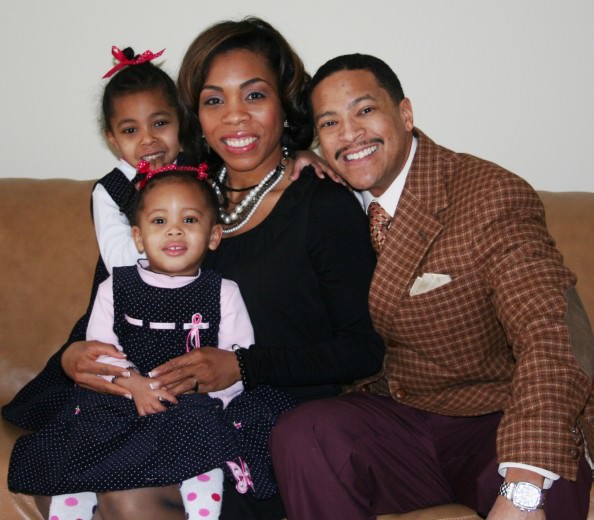 Having their daughters attend a school in Dearborn Heights, close to where they work is only one reason Roslyn and Steve Reeves, who are parents of two-year old Sarah and five-year old Sophia, selected DHMC. Residents of Southfield, Roslyn is owner of Sophia’s Giftique in Dearborn, and Steve works for Ford Motor Company.

“Sophia started going to DHMC when she was two and a half,” said Roslyn, who also attended a Montessori program as a child. “It’s fun to see her working with some of the same Montessori activities that I remember.”

Reeves shared other advantages of her girls attending the same school, including the opportunity to see each other during the day and participate in some of the same activities, as well as share friends among other Montessori families.

“Sophia likes being able to show off and say ‘that’s my little sister Sarah’,” added Reeves.

The logistics of having all their children attend one school are an obvious benefit to the Kobel family. Parents Karen and Rob have four children, ages five to 14, who are enrolled in DHMC’s kindergarten through middle school programs. 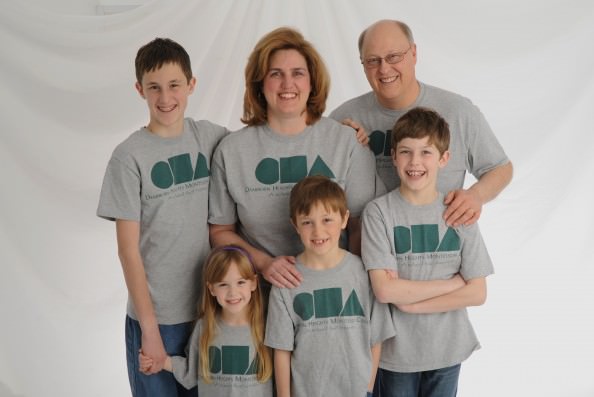 However, proximity to home and work was not the Kobels’ reason for selecting DHMC, a 50 minute round trip, that dad makes twice a day, from the family’s home in Livonia.

“We enrolled our oldest Erik in Livonia Montessori Center (an affiliate of DHMC) when he was in preschool, after we learned about the benefits of a Montessori education from our midwife and other family members,” said Karen, who is a pharmacist with the Henry Ford Health System. “When Erik was ready for elementary school and the other children came along, we enrolled them at DHMC, because the kids can continue with a Montessori education through eighth grade.”

Like the Reeves, the Kobel children enjoy seeing each other during the day, helping each other with different activities and studies including classes in French and Spanish, knowing all the same songs, and sharing what they’ve learned.

“We believe that this early investment in their education will pay big rewards later,” said Rob Kobel, who worked for 28 years at Ford and is impressed with the creative solutions to problems that his children always come up with. “In the morning, they’re eager to go to school and don’t like to stay home even when they’re sick. They truly look forward to learning, and the school is like our extended family.”

Parents of both families agreed that their children especially enjoy the variety of after class programs DHMC offers such as soccer, yoga, Polish cooking, guitar lessons, language classes and others.

For the Kobels, Reeves and others who attend the DHMC campus, families have a long-term commitment to Montessori’s programs and a strong bond among each other.

About Dearborn Heights Montessori Center
Dearborn Heights Montessori Center (DHMC) is a non-profit educational community founded in 1972. Now in its fourth decade, DHMC is the largest and longest-established Montessori school in western Wayne County. Programs include toddler, preschool, kindergarten, elementary, and middle school as well as summer programs and academic tutoring. Day care and latchkey are also available for enrolled children. DHMC has received accreditation from the National Association for the Education of Young Children (NAEYC) and is affiliated with the American Montessori Society, Michigan Montessori Society, and the Association of Independent Michigan Schools (AIMS). DHMC preschool and latchkey programs, along with its satellites Livonia Montessori Center and Plymouth-Canton Montessori School, are licensed by the Michigan Division of Child and Adult Licensing.