DEARBORN, Mich. – Severstal Steel will continue its extraordinary $1.3 billion investment in Dearborn following action by the Michigan Economic Growth Authority (MEGA) on March 15, which was supported by the City’s ongoing economic development efforts. 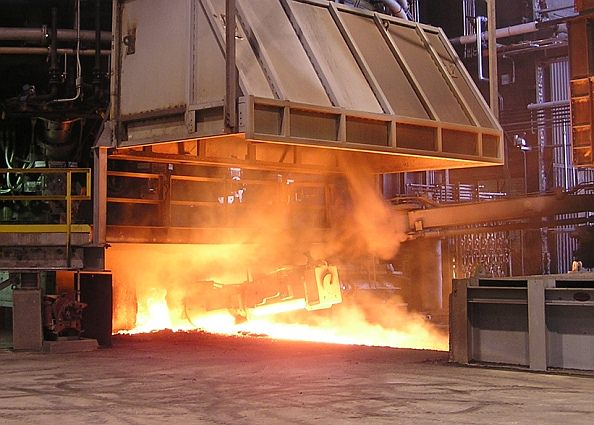 The City has continued to advocate on behalf of Severstal at the MEGA board and to work with the international steel company on its efforts to transform its Dearborn operations into a state-of-the-art steel manufacturing complex.

Severstal’s commitment fortifies Dearborn’s manufacturing tax base, and preserves or creates high-value jobs. In total, its recent investment in Dearborn represents the creation of 146 full-time positions at Severstal in addition to its 1,600 employees at the site.

It is also estimated the overall investment will produce 3,500 jobs during the construction and installation of the improvements.

Mayor John B. O’Reilly, Jr. said MEGA’s approval of the latest Severstal project is positive news for the City of Dearborn.

“Severstal represents a significant portion of our tax base and the company’s investment in our community is of tremendous benefit for our long-term economic health,” O’Reilly said. “We’re grateful for their continued commitment to our city.

“And Severstal really is a success story, and illustrates the benefit of government and business working together to achieve our shared goals,” he said.

The tax credit and tax capture approved on March 15 will support Severstal’s construction of a high-speed Continuous Annealing Line capable of producing advanced high-strength steel at its Dearborn facility.

To date, Severstal has invested more than $1.3 billion in equipment and improvements to its Dearborn facility. The Continuous Annealing Line is expected to generate $280 million in new private investment and create up to 70 full-time jobs.

Severstal chose Dearborn for the site of the Continuous Annealing Line over its facilities in Maryland, Mississippi, Ohio and West Virginia.

Continuous Annealing is the process of heating and cooling strips as they pass through a process facility. It is a powerful tool for the generation of advanced high-strength steel because very high cooling rates rate can be achieved.

There are very few suppliers of this steel product, which will be critical to reducing weight and improving fuel efficiency in vehicles.

In addition, the Dearborn’s Brownfield Redevelopment Authority (BRA) has been a productive partner in redevelopment efforts.

The BRA reviewed and then gave its approval for Severstal’s brownfield plan before it could be submitted to MEGA.

“We seek to find all possible resources to support economic development projects in Dearborn,” said Mayor O’Reilly. “For instance, Congressman John D. Dingell has been working with us and Severstal to secure Department of Energy support for this project.

“We are familiar with the approaches needed to retain and recruit new investment to Dearborn. MEGA has been really responsive and we’ve been fortunate to work with them to pursue all the appropriate incentives for economic growth in our community,” O’Reilly said.