DEARBORN, Michigan – City Planner John Nagy, who worked for Dearborn 61 years and had a hand in the design of every major development in the City since the 1950s, passed away on April 28. He was 84.

Mr. Nagy was considered an institution in Dearborn, and his breadth and depth of knowledge of the development of the City, as well as individual properties, was remarkable. 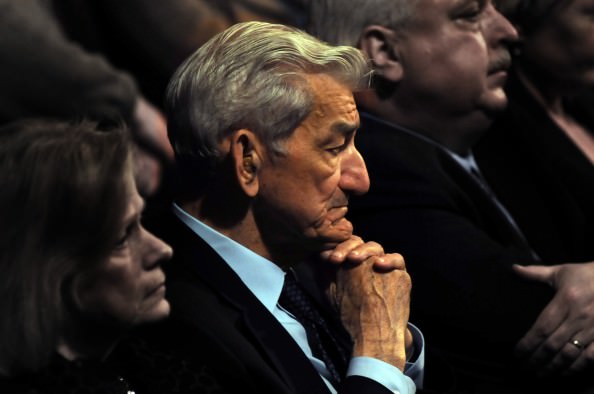 It was information he freely shared, and he often helped clarify complex issues with first-hand facts from years before.

He was well-respected in the planning community and continued to bring fresh ideas to Dearborn by visiting other cities on his free time.

He was an incredibly creative and flexible thinker who often generated solutions to planning problems that stumped others.

Professional and precise in his dealings, he was universally respected and thought of fondly by his City Hall colleagues and the City Plan Commissioners with whom he worked.

“It was impossible not to enjoy any interaction with John,” Mayor John B. O’Reilly, Jr. said.

Several years ago, to honor him for his contributions to Dearborn, John Nagy Drive, the road just south of City Hall, was named after him. In 1994, he received the first Michigan Society of Planning Officials Community Planner of the Year Award.

“Whether you know it or not, all of Dearborn benefitted from Mr. Nagy’s planning expertise,” said Mayor O’Reilly. “John clearly loved Dearborn and worked tireless to ensure its long term vitality.

“As Dearborn grew with new residential, retail, office or industrial complexes over the decades, he worked to make sure there was logic to the progress. He preserved the integrity of our neighborhoods while allowing for beneficial economic development,” Mayor O’Reilly said.

“Beyond that, he is just an incredible example of a dedicated public servant, unmatched in 61 years of service to Dearborn,” he said.

Mr. Nagy was first hired in the City Plan division in 1947 as a level one draftsman. In 1953, he was appointed acting city planner by the Dearborn City Plan Commission. He became a planning technician in 1954.

In 1960, he was appointed Housing Commissioner by Mayor Orville Hubbard. The Dearborn City Council appointed him as urban renewal director in 1963.

He left Dearborn to become an assistant city planner in Livonia in 1964, but returned in 1967 to become the City Planner following an appointment by the Plan Commission.

Over the decades, he worked closely with Ford Motor Land Development as it was developing much of the center of the city with offices, residential, retail and research facilities.

He was most proud of supervising the Operation Eyesore project, a program begun by Hubbard in the early 1960s in which substandard houses are purchased by the City, then sold for the construction of new homes, helping to keep the City’s housing stock attractive for young families. More than 1,300 properties were purchased in his time and about 600 new homes built.

Mr. Nagy directed the City Plan Commission, which makes recommendations on zoning issues and land use to the City Council.

He was instrumental in the development of the first Dearborn Civic Center at Michigan and Greenfield, Dearborn’s senior citizen towers, and the first master parking plan in the west Dearborn business district more than 40 years ago.

Because of the length of his service, he experienced two or three cycles of development on the same property.

This year, he was overseeing the creation of a new master plan for the city to allow for its long term success by anticipating future residential and commercial needs.

Economic and Community Development Director Barry Murray, who has worked for the City for five years and often turned to Mr. Nagy as a resource, said, “John was truly a fountain of knowledge about the community and his passion for Dearborn was clear in the fond way he would recall a story about a development or planning process that improved his home town.”

Mayor O’Reilly said: “Dearborn will never be able to replace the talent, the knowledge, and the dedication that John represented.”

The loss is personal as well.

“John was a colleague of, and later a department head for, my father but more than that, he was a treasured friend of both my parents,” said Mayor O’Reilly, whose father was also mayor.

A lifelong Dearborn resident, Mr. Nagy was a Fordson High School graduate and attended Dearborn Junior College. He served in the U.S. Army 1944-46.

Funeral arrangements are pending, but most likely will be Monday, May 2.