DEARBORN, Michigan – The Dearborn Chamber of Commerce honored several local businesses at its Business Recognition Award Luncheon and Expo, on Friday April 29, 2011.  The event was held at the The Henry (formerly the Ritz Carlton) in Dearborn.  Special honors this year went to Bob Curran of Century 21 Curran & Christie – given the  Excellence in Leadership Award. Kearns Brothers won the Community Excellence Award, highlighting a small business that demonstrates excellence in the eyes of their community, customers, and employees. The Innovative Spirit Award went to Maker Faire Detroit in collaboration with the Henry Ford. The Chamber also honored Oakwood Healthcare and Oakwood Midwest Medical Center with the Legacy Award, which exemplifies a community partner through community services, volunteerism, investment, financial support or extraordinary business practices. 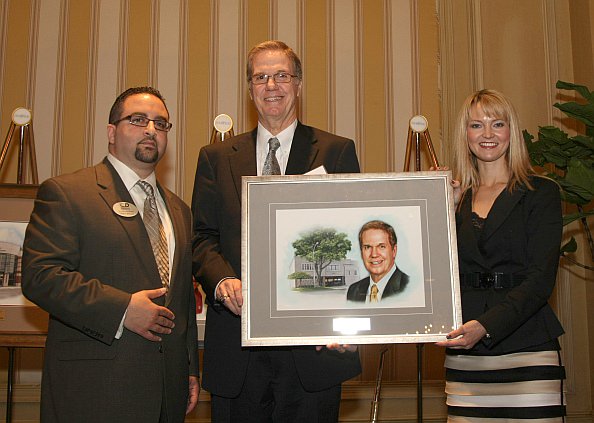 Last month, Bob Curran of Century 21 Curran and Christie was honored by Century 21 International with a Lifetime achievement award called “The Marsh Fisher Diversity Award.” This award recognized Bob’s leadership and contributions to the communities, cultures, and ethnicities his real estate offices have served for the past 30 years. The award is a symbol of the admiration and respect of his peers and his unwavering support of women and minorities in business and management.

On Friday, the Dearborn Chamber bestowed on Bob Curran its highest honor for an individual – the Excellence in Leadership Award – for many of these same reasons.

Bob Curran was born and raised in Dearborn and has lived and worked in Dearborn most of his life.  In 1981, he married Susan and together they raised three children Alana, Joe and Kara, who are now adults. Bob attended Divine Child grade school; Dearborn Public Schools and Henry Ford Community College and received his Business Degree from Eastern Michigan University.  His first job was as a Detroit News carrier; then a bus boy and short order cook for Howard Johnson’s. Bob’s sales career began in the men’s clothing department of Muirhead’s.

Bob says he is “grateful for living in the City of Dearborn because it has provided him so many wonderful opportunities and friends.” He loves what he does and the people that he works with. 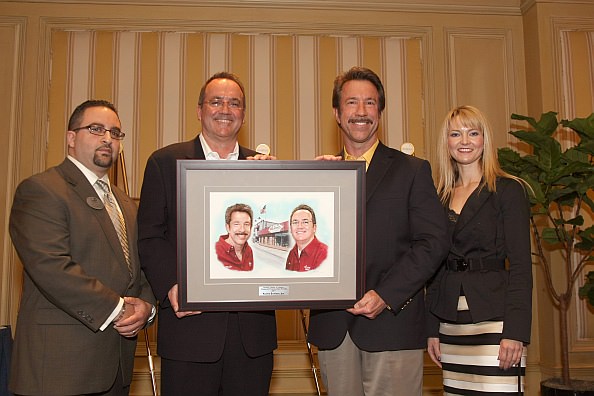 Mike Kearns, owner and founder of Kearns Brothers, Inc. believes the success, longevity and durability of his business was due in part to staying true to the core beliefs of honesty, integrity, value and above all customer service. “We are a customer service driven business, we deliver home improvement services. Without great people and great clients, we would not be successful,” said Mike Kearns.

“Kearns Brothers have established themselves as leaders in the home improvement industry and we are pleased to honor them with this new award, especially during this landmark anniversary year,” said Dearborn Chamber of Commerce Chairman of the Board Eddie Fakhoury. 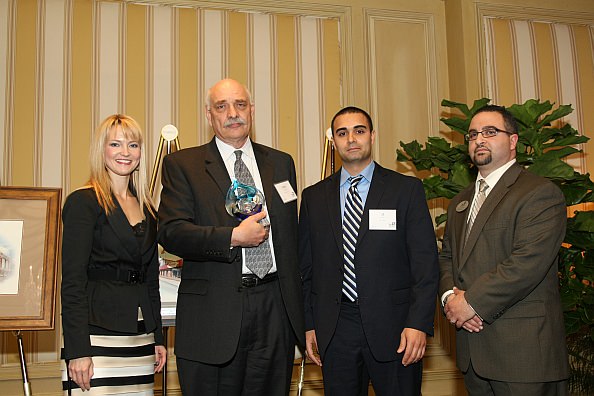 The  2011 Innovative Spirit Award went to Maker Faire Detroit in collaboration with the Henry Ford.

The Henry Ford’s mission is to inspire people to learn from America’s traditions of ingenuity, innovation and resourcefulness to help shape a better future.

To support the economic and social transformation that our region so desperately requires, The Henry Ford launched an Innovation Initiative designed to effect culture change and strengthen 21st century skills through a variety of on-site, off-site and virtual experiences, all grounded in the stories of American innovation, past, present and future.

As part of this Innovation Initiative, The Henry Ford co-developed a major new public experience with a new strategic partner, Make Magazine, designed to fuel an innovative spirit and entrepreneurial culture. Maker Faire Detroit was held July 31 and August 1, 2010 at The Henry Ford. It was the 1st ever Midwest Maker Faire, and attracted over 300 creative makers from throughout the region to demonstrate and share their passion with over 18,000 visitors.

Makers from the local region and from all over the nation participated in this two-day, family-friendly event, which celebrates creative and resourceful people who make things in the areas of science and technology, engineering, food, and arts and crafts.

Maker Faire’s mission is to inspire, inform, connect and entertain thousands of Makers of all ages and backgrounds through the public gathering of tech enthusiasts, tinkerers, crafters, educators, hobbyists, science clubs, students, authors and some commercial exhibitors. Started in San Mateo, California in 2006 where it currently draws nearly 70,000 visitors and over 700 Makers, Maker Faire expanded to two new venues in 2010, Detroit and New York City.

The Henry Ford believes that Maker Faire has the potential to effect real culture change within the region by promoting innovative thinking and by connecting the lessons and stories of innovation from America’s history to America’s promise of today and tomorrow.