You are here: Home / Business / Michael Score of Hantz Farms to Speak at Business Breakfast

DEARBORN, MI – Michael Score, president of one of the largest urban farms, will be the keynote speaker at the Dearborn Chamber of Commerce’s Business Builder Breakfast on Thursday, May 12 – 7:30am at the Fairlane Club in Dearborn. 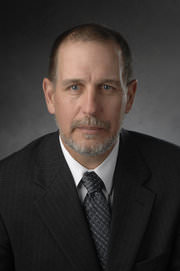 Detroit-based Hantz Farms, LLC seeks to create the world’s largest urban farm on underutilized land in the city of Detroit. The for profit venture aims to transform Detroit and surrounding areas into a destination for fresh, locally grown natural foods, create a viable, beautiful environment that will enhance the City, attract tourism, increase the tax base, create hundreds of “green” jobs and greatly improve the quality of life in Detroit.

“Urban farms have sparked renewed interest in buying local and we at the Chamber are behind that philosophy 100 percent,” said Chamber President Jennifer Knott Giering. “The potential for jobs and the ability to buy nutritious, fresh produce is significant for this region. We are confident his words will be inspirational.”

Michael (Mike) Score was born in Detroit and graduated from Michigan State University (MSU) in 1980 with a Bachelor of Science degree in crop and soil sciences.

For over four years, Score and his wife, Mary, were involved in international agricultural development in the Republic of Zaire (Congo). Following their return to the United States, Score worked for nine years as an Agricultural Educator with the University of Kentucky. During his tenure, he received his Master of Arts in rural sociology in 1997 and served as coordinator of a Kellogg-funded state-wide study of sustainable agriculture.

The Chamber’s Business Builders Breakfast in May is one of four such events planned for the year. Previous speakers included Ford Motor Company’s Alan Mulally and U of M Athletic Director David Brandon. Individual tickets are available ($30 for members; $35 for non-members) as well as corporate tables ($400) by going to www.dearbornchamber.org.

The Dearborn Chamber will celebrate the fourth season of its very successful Farmers and Artisans Marketing on May 27, 2011.