DEARBORN, Michigan – The Grand Marshal for the Memorial Day Parade is an iconic figure from the Vietnam War, Adrian Cronauer, the man best known as the high-energy DJ portrayed in the movie Good Morning Vietnam!

Cronauer is an appropriate choice for this invitation from the Dearborn Allied War Veterans Council (DAWVC) because the theme of the 2011 parade is the Vietnam War. 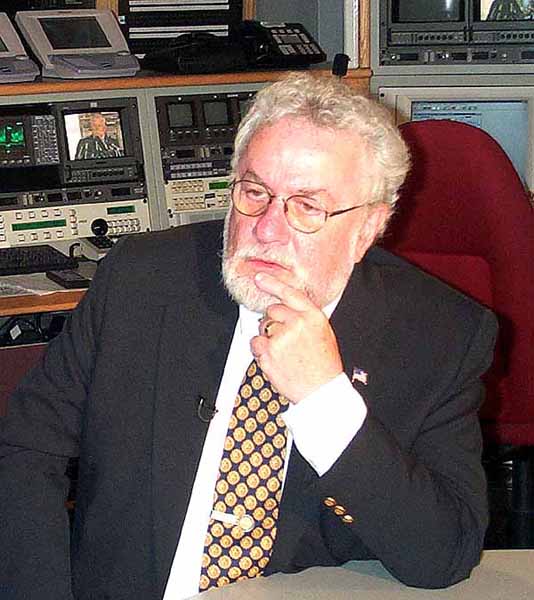 Adrian Cronauer, best known as the DJ portrayed in the movie Good Morning, Vietnam! Will be the grand marshal of Dearborn’s Memorial Day Parade on Monday, May 30. The parade begins at 9:30 a.m.

2011 is the 50th Anniversary of the conflict, and the parade will also include a special tribute to the 69 men from Dearborn who died in the war.

Dearborn’s Memorial Day Parade, presented by the DAWVC with support from the City of Dearborn, begins at 9:30 a.m. on Monday, May 30 on Michigan Avenue at Greenfield with a funeral procession to honor veterans who passed away without resources for burial.

Then at about 10:30 a.m., the parade begins, and will include 90 military and community groups.

The parade is followed by a Remembrance Service, during which Cronauer will give a keynote address.

Cronauer is a former sergeant in the U.S. Air Force, but is remembered best for his major role in military radio.  He co-authored the original story that became the 1987 motion picture, Good Morning Vietnam!, and was loosely portrayed by Academy Award nominee, Robin Williams.

After a career in law as senior attorney and corporate vice president of Burch and Cronauer, he served as confidential advisor to the deputy assistant secretary of defense from 2001 through 2009, and as special assistant to the director, Defense Prisoner of War/Missing Personnel Office (DPMO).

He served two terms as trustee of the Virginia War Memorial and is a former member of the national board of the Armed Forces Broadcaster Association and the board of the National Vietnam & Gulf War Veterans Coalition.

Cronauer is a life member of the American Legion, Vietnam Veterans of America, AmVets, the VFW and VietNow.

In addition, Cronauer belongs to and has been recognized by several other service clubs throughout the country.  He received his doctor of law degree from the University of Pennsylvania and also holds a master’s degree in Media Studies from the New School Research in New York City. His undergraduate studies were at the University of Pittsburgh where he founded the university’s radio station.

Cronauer received several accolades for his contributions to military radio.

“We’re honored to have this outstanding veteran as grand marshal of the 2011 Dearborn Memorial Parade,” Tillman said.