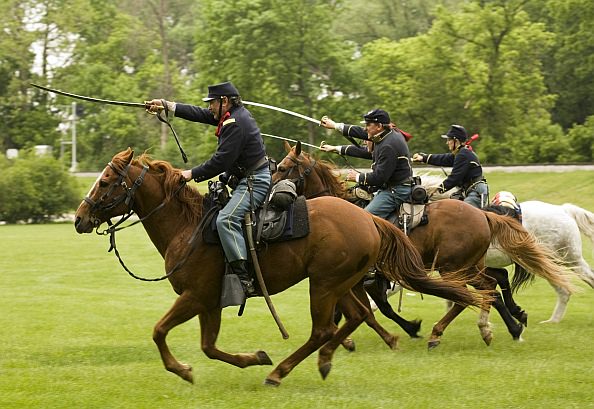 Civil War Remembrance at Greenfield Village in Dearborn, Michigan is one of the most comprehensive Civil War programs in the nation. Watch the smoke rise from the cannons from artillery demonstrations and listen to the rhythmic gallop of horses from the Michigan Calvary Brigade, as they charge across Walnut Grove. See Union and Confederate soldiers march to the beat of the drum as they drill on the Village Green. Visit the Adams Home for a re-creation of 1860s funeral customs, see Michigan Civil War battle flags, relics and artifacts at the Miller School, or take a look at what people of all classes wore during this era in a fashion show on the porch of Town Hall.

At the Edison Homestead, visitors can create a souvenir ribbon rosette to show their support for the military or they can even “enlist” themselves at the recruiting office on Main Street and receive a reproduction Volunteer Enlistment paper. Smiths Creek Depot, originally from St. Claire County, will come alive as ladies inside the Depot prepare packages for the soldiers’ aid and comfort on the front lines. Some of these packages, researched from accounts and letters from the early 1860s, could include entire cooked turkeys, cakes, plum puddings and many other items sent to loved ones away at war. 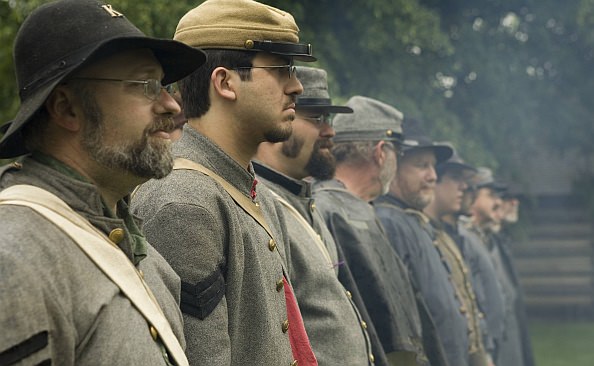 Special lectures from expert historians and Michigan authors will take place throughout the weekend including a “how-to” session on researching one’s Civil War ancestry with historian Dale Niesen. Hundreds of Civil War era artifacts will be also be on display, including the original Memorial Day poem, entitled “The Last Camp,” written by J. Wesley Benedict of Port Huron, Michigan, in 1872 and the Medal of Honor awarded to Captain Milton Russell.

Greenfield Village will remain open until 9 p.m. on Saturday night to host the Dodworth Saxhorn Band as they perform a variety of heartfelt and popular 19th-century music from around the time of the Civil War.

On Monday, May 30, historian William Hendricks, an Indiana native now residing in Bessimer, Alabama, will present a moving commemoration on the Village Green at 12 noon, to honor the sacrifices and achievements of all those who have bravely fought and continue to fight in defense of our great nation. Visit the website for specific dates and times of all Civil War Remembrance activities.