DEARBORN, Michigan – The 2011 theme of Dearborn’s Memorial Day Parade May 30 is the Vietnam War, and a powerful symbol of that conflict will play a prominent role when a Vietnam-era Huey flies over the parade route.

The Huey was an icon of the Vietnam War. More than 7,000 of these aircraft were used by all branches of the military and are still readily recognized by sight and the unique “whop, whop, whop” sound of the helicopter blades. 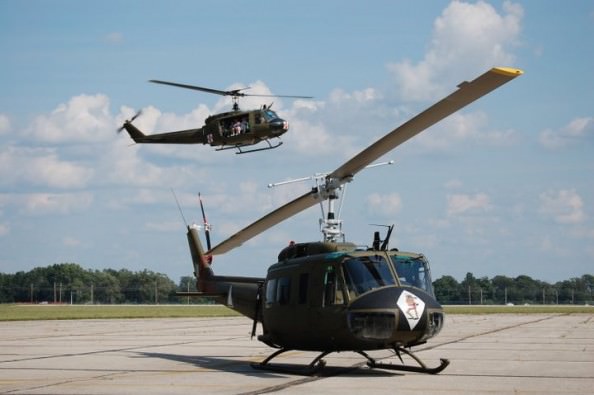 The restored chopper, pilots and other Vietnam memorabilia are from the non-profit organization Huey 369 out of Peru, Indiana.

The appearance of the Huey in Dearborn’s parade and in a special display open to the public afterward on the grounds of the Ford World headquarters is fully paid for by the Foundation for American Veterans.

Dearborn’s parade is the oldest continuous Memorial Day Parade in Michigan and one of the largest in the country.

The parade will start at 10:30 a.m. on Monday, May 30, immediately following a special, ceremonial funeral procession that begins at 9:30 a.m. Both events take place on Michigan Avenue, from Greenfield to Schaefer.

A solemn remembrance service begins at about noon at the War Memorial at City Hall, with a key note address from grand marshal Adrian Cronauer, the military DJ who inspired the movie Good Morning Vietnam!

The Huey will then be on free, public display at the campus of Ford Motor Headquarters from 1 p.m. to 4 p.m. Other Vietnam era displays are expected at the site.

Dearborn’s parade will have other flyovers as well. The approximate times are as follows: