You are here: Home / Arts / Danny Brooks and Sarah Dalton at 4thFridays on June 24

DEARBORN, Michigan – This Friday night, June 24th, beautiful melodies will be wafting through the walls of the Ford Community and Performing Arts Center. 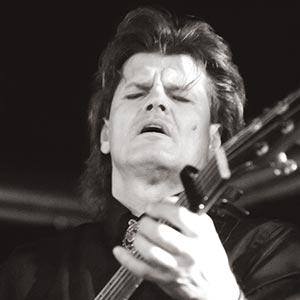 Danny Brooks is an original. He “walks the walk”. With stories that can make your arm hair prickle and melodies  infused with redemption, his music weaves authenticity and passion together. He considers performing an act of service and display of love, rather than a spectacle of self. Brooks says: “I’ve learned there’s a great power in music. I can do things with the gifts I’ve been given that may make people’s lives a little better, give them some hope”.

Brooks has played in prisons all over Ontario since 1991, telling stories of his spiritual journey. “I volunteer,” he explains. “To whom much is given, much is required. Having spent time in jail myself — six months of a 15-month sentence for robbing a gas station and several break-ins — I figure it’s the least I can do. Besides, I’m doing what I’ve been doing all along, what any songwriter does — putting my own experience into musical form. …  I’m not hiding, either…. from God, and the ideas and feelings that are important to me. As as songwriter, I’ve learned there’s a great power in music.”

Sarah Dalton‘s beautiful music is sung from a tender heart. “My songs are reflective of how Jesus has pursued me even when I’ve been unfaithful. He has brought me through heartbreak, a crushing career disappointment, an eating disorder and relapse, and more… His grace is sufficient for me. His power is made perfect in weakness.”

Rufus Harris is founder of The CAMP, has released three albums with two more underway, and, when not performing at churches or coffeehouses, enjoys sharing his music in prisons and nursing homes. Rufus was born in Alaska and was exposed to a wide variety of music from a young age. His style is inspired and smooth, vocally and melodically similar to Seal, a bit of funk, and “guitar work like Toto” – all stemming from a spiritual focus.

Rufus was, not too long ago, one of the most requested recording engineers in Metro Detroit. He has worked with artists such as George Clinton, Earl Klugh, The Four Tops, Marvin and BeBe Winans, and The Commodores.

4thFridays is held in Studio A at the Ford Community and Performing Arts Center located at 15801 Michigan Ave. in Dearborn. Doors open at 8pm. Show starts at 8:30pm. Admission is $10.