DEARBORN, Michigan – The American Arab Chamber of Commerce has been building economic bridges between the United States and the Middle East for more than 19 years, and when the White House decided to discuss economic development in the Middle East with Arab business leaders this year, it called on the Chamber for help. 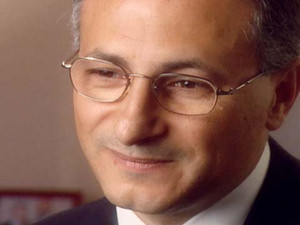 In May, Chamber Chairman Ahmad Chebbani and Executive Director Fay Beydoun led a group of 40 Arab-American business leaders to Washington D.C. to discuss facilitating commerce and investment for American business people in the Middle East.

On Wednesday, July 27, 2011, the Chamber again led a similar group to Washington D.C. to narrow the discussion to tools that would make investment in the Middle East successful, such as loans and grants.

The objective of the trip was to work with the different federal agencies to bring projects in the Middle East to realization, said Chebbani, who chaired the meetings along with Arab American Institute President Jim Zogby. “This is a wonderful opportunity to boost commerce between the United States and the Middle East,” Chebbani said.

The White House Office of Public Engagement hosted the meetings, which involved sessions with representatives from the Small Business Administration (SBA) and the US Agency for International Development (US AID).

“We have held productive conversations on how to best utilize government resources and facilitate investment opportunities in the Middle East and the MENA,” said AACC Executive Director Fay Beydoun. 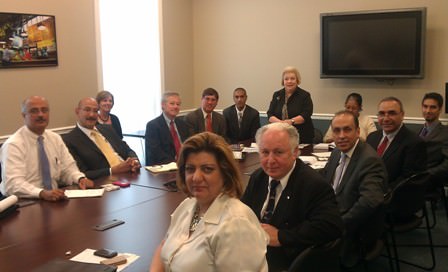 Participants held productive conversations with government officials and gained valuable information that will help move forward their investment projects, which cover a broad range of industries, including, but not limited to, food standards, pharmaceuticals, microfinance, agricultural development, she said. 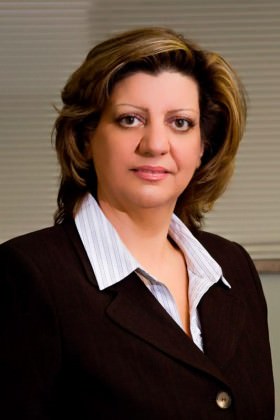 All participants held one-on-one discussions with representatives from SBA or US AID about their businesses and projects, Beydoun said. This effort gave business leaders the tools they needed to understand and utilize government resources, such as loans and grants, which can provide assistance and help bring projects to fruition, she said.

The American Arab Chamber, founded in 1992, is the largest Arab-American business organization and one of Michigan’s largest business organizations. The Chamber builds economic bridges by empowering and promoting its members and the business community it serves locally, nationally and internationally.

“With the current political changes and uncertainty presented in the North Africa and parts of the Middle East, the need to ensure economic growth is critical in restoring stability in the region. This event at the White House provided business leaders with a unique opportunity to discuss initiatives with senior government officials and identify the best method by which to move their projects forward.” said Mr. Chebbani. For more information, visit www.americanarab.com.