You are here: Home / Business / Pure Michigan Breakfast at the Dearborn Inn – Sept. 21

DEARBORN, MI – A panel of tourism experts will discuss the valuable partnerships created and economic impact of the Pure Michigan campaign at the Dearborn Chamber of Commerce’s Business Builders Breakfast, Wednesday, September 21, 7:30 am, at the Dearborn Inn, A Marriott Hotel. The event is sponsored by Oakwood Healthcare System. 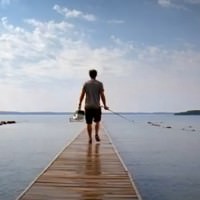 The Pure Michigan commercial series has been a pure winner for the Michigan economy and job hunters, according to research commissioned by the U.S. Travel Association of the return on tax dollar investment in promoting Michigan tourism.

“It’s great to win awards, and we’re all very proud of that,” said Travel Michigan Executive Vice President George Zimmermann, one of the four panelists. “However, to me the most important statistic is that the money we spend on Pure Michigan makes money for Michigan and for Michigan business­es. For every dollar we send out of state for advertising, there are enough new visitors that the state makes $3. Pure Michigan makes money for the state.”

In March, 2011, Governor Rick Snyder signed a bill extending the Pure Michigan travel promotion advertising campaign. The legislation allowed an additional $10 million to be transferred to Pure Michigan from the state’s 21st Century Jobs Fund. The extra $10 million will pay for regional campaigns targeting cities such as Chicago, Columbus, Cleveland and Indianapolis.

The Chamber’s Business Builders Breakfast in September is one of four such events planned for the year. Previous speakers included Ford Motor Company’s CEO Alan Mulally and Detroit Mayor Dave Bing. Individual tickets are available ($30 for members; $35 for non­members) as well as corporate tables ($400). Register online at www.dearbornchamber.org.

The Dearborn Chamber of Commerce works to promote the best interests of nearly 600 member businesses by helping them connect with prospective customers, promote products and services, succeed in business through increasing sales and saving money, and to be a leader in the Dearborn community.