DEARBORN, Michigan – The Dearborn Rotary Club is seeking golfers and sponsors for the sixth annual Hugh Archer Golf Outing and Banquet at Dearborn Hills Golf Course on Thursday, September 15, 2011. The outing helps to raise funds for the Hugh Archer Memorial Scholarship, named in memory of the longtime Rotarian and Dearborn resident who passed away in 2005 at the age of 91.

“Archer was a tremendous supporter of the local community,” said Miller. “He’d be extremely happy to see all the participation we receive, including people not directly connected to Rotary.” 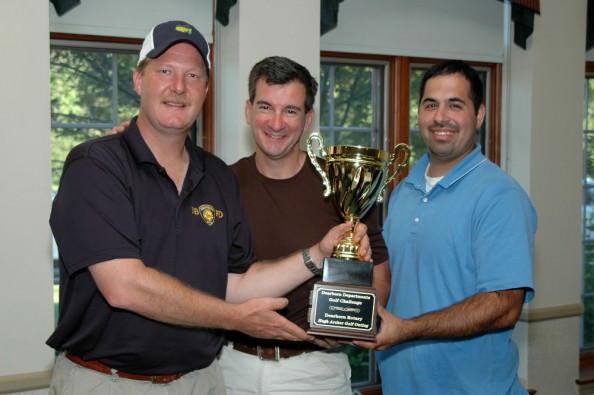 In addition to his Rotary service, Archer was active with the YMCA, Boy Scouts of America, Henry Ford Hospital, the Dearborn Schools and many other organizations. He was founder and chairman of Spiratex Company, a plastics extrusion company in Romulus, Michigan. The Spiratex Company has been and continues to be the major sponsor of the golf outing and the major donor to the Hugh Archer Memorial Scholarship.

“Thanks to all of the support for this outing we’ve been able to increase the Archer scholarship award each year,” said Roger Miller, chairman of the golf outing committee.

This year’s scholarship award of $3,500 was presented to Norman Orabi, a 2011 graduate of Dearborn High School.

A foursome package that includes lunch, golf and dinner banquet is $480 or $125 per golfer. Sponsorships start at only $100.

To sign up as a golfer or sponsor for the September 15th event or obtain more information, visit the Club’s Web site at www.dearbornrotary.org or email [email protected] by September 9, 2011.

About Dearborn Rotary
Established in 1923, the Dearborn Rotary Club is one of 33,000 clubs located in more than 200 countries worldwide. Rotary is the world’s first and largest international service organization, founded in 1905 by Paul P. Harris, a lawyer, in Chicago, Illinois. The Rotary Club of Dearborn meets every Thursday from 11:30 a.m. to 12:45 p.m. at the Fairlane Club on Hubbard Drive in Dearborn. Guests are always welcome.