DEARBORN, Mich. – Camilo Pardo, most recognized as the chief designer of the contemporary Ford GT, and internationally acclaimed artist, will be on hand when his new painting of Parnelli Jones’1970 Ford Mustang Boss 302 and the 2012 Boss 302 Laguna Seca will be auctioned at the Get Your Heart Racing event.  Racing legend Jones will also be there, and both will sign the artwork. 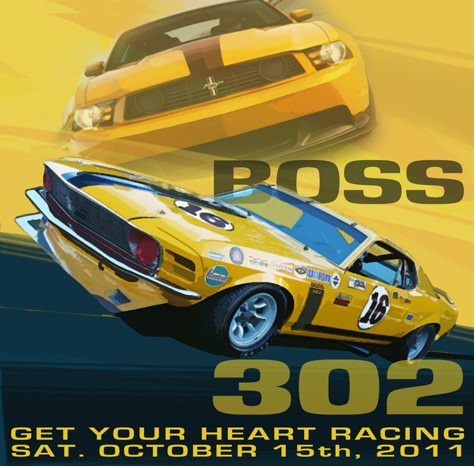 The benefit begins at 1:30 p.m. Saturday, October 15, at the Ford Development Center (formerly the Ford Proving Grounds) in Dearborn, rarely open to the public. The event continues from 5 p.m. to 9 p.m. at the Winner’s Circle Afterglow reception at the Ford Conference & Event Center, with strolling dinner, entertainment and live and silent auctions.

Camilo is an accomplished artist, and produces a line of fashion and furniture, whose work has been shown at the Detroit Institute of Arts, the Paris Motor Show and in galleries worldwide.

A graduate of the Center for Creative Studies in Detroit, Pardo has worked on the Ford Thunderbird, Lincoln LS and Ford international concept vehicles. He also has worked in Ford’s design studios in Italy and Germany.

Parnelli Jones, winner of dozens of races over more than two decades, including the Indianapolis 500, drove to victory in the 1970 Laguna Seca race in his Mustang Boss 302. He and three-time X Games Rally gold medalist and Top Gear USA host Tanner Foust will be at the test track and reception, mingling with guests and signing autographs.

The highlight of the evening is the live auction of a “one-of-one” 2012 Ford Mustang Boss 302 Laguna Seca, designed specifically for this event and signed by Parnelli Jones. 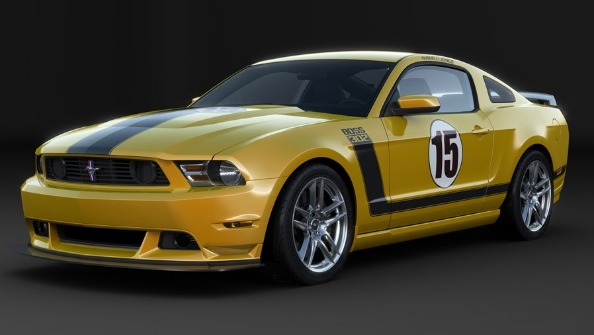 Honorary Event Chair Alan Mulally, CEO of Ford Motor Company, will be on hand to thank attendees and welcome them to the reception. Ford is the Presenting Sponsor.

A “Shelby Ticket” includes admission for two people to a once-in-a-lifetime opportunity for one person to participate in activities on the Ford test track, including drag racing, driving challenges, hot laps and off-road driving – some with professional drivers. The second guest may participate in an optional track tour and pit pass activities, and both are invited to the Winner’s Circle Afterglow reception.

Live auction items include two tickets to the 2012 American Idol Finale in April 2012, attend a taping of The David Letterman Show and a Ford Championship Weekend VIP Experience in Miami, which includes tickets for all three races, meet the Ford drivers, and a personal garage and pit tour.

Shelby Tickets for two may be purchased for $2,500. For those who attend only the Winner’s Circle Afterglow reception, tickets are $500 per couple. Tickets are available at getyourheartracing.org.

Proceeds from the event will benefit the Edith and Benson Ford Heart & Vascular Institute at Henry Ford Hospital in Detroit and the Center for Cardiac Care at Henry Ford Wyandotte Hospital.

Ticket sales are limited. For more information about this event, including sponsorship opportunities, visit getyourheartracing.org or call (734) 246-9583.