Woronchak (D-Dearborn) will also serve on the Special Committee on Appointee Compensation. 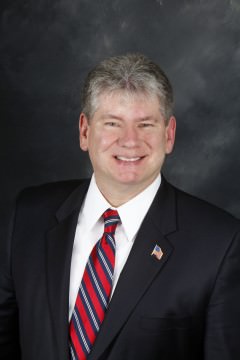 The committee was formed in response to a $200,000 payment made to former county economic development director Turkia Mullin as she left that job to become chief executive at Metro Airport.

Mullin resigned her $200,000-a-year county post at the end of August and was given the severance, despite leaving her job voluntarily, without the Wayne County Commission being notified of the payment. The commission is the legislative branch of county government and provides oversight on county contracts.

Word of the severance got out the last week of September, setting off a firestorm of news media coverage and anger from taxpayers and county employees, many of whom have been working under a 20 percent pay reduction due to the county’s financial condition.

“I was just as angry about this payment as the residents who were contacting my office to voice their complaints,” Woronchak said. “This made no sense whatsoever, and the timing was unbelievably bad, at a time when county workers are being asked to sacrifice and the county is wrestling to keep budget deficit under control.”

Mullin and county administrative officials initially defended the $200,000, saying it was a contractual obligation and Mullin saying she had earned it. But within days, facing continuing pressure from the media, residents and commissioners, County Executive Robert Ficano and Mullin jointly announced that she would pay the money back to the county.

That didn’t end the controversy, however, as questions remained over how the payment had been authorized in the first place, and it came out that a similar severance had been paid to Mullin’s predecessor in the economic development position at the end of 2008, again without the knowledge of the county commission.

Woronchak called a hearing on the matter before the full county commission on Oct. 4, where Ficano read a statement to commissioners stating he took full responsibility for the payment, and was launching “an internal review of the facts and circumstances that lead to this payment,” and added, “I will put protections in place so that this situation isn’t repeated.”

Even after Ficano’s representative admitted at the hearing that mistakes had been made in the matter, commissioners asked Woronchak to form a committee to determine the full story and to prevent similar occurrences in the future.

That led to the creation of the Special Committee on Appointee Compensation. Woronchak appointed Commissioners Bernard Parker, D-Detroit, Laura Cox, R-Livonia, Irma Clark-Coleman, D-Detroit, and Joan Gebhardt, D-Livonia to join him on the 5-member panel.

“We need to determine how such payouts were even possible without the knowledge of the Wayne County Commission, and to make sure that we have the oversight in such matters going forward,” Woronchak said. “This special committee will be getting updates on the administration’s internal review that was promised, as well as asking plenty of our own questions.”