DEARBORN, Michigan – What’s it like to be Muslim in America? On Sunday, November 13 at 10 PM ET/PT, TLC answers that question with All-American Muslim, a powerful new eight-part cable TV series that goes inside the rarely seen world of American Muslims to uncover a unique community struggling to balance faith and nationality in a post 9/11 world.

All-American Muslim follows the daily lives of five American Muslim families in Dearborn, Michigan, one of the most established and largest concentrations of American Muslims in the country and home to the largest mosque in the United States. Each episode offers an intimate look at their customs and celebrations, as well as the misconceptions, conflicts and differences they face outside – and within – their own community.

“All-American Muslim is a perfect fit for TLC, inviting viewers into a world they might not otherwise experience,” said Amy Winter, General Manager at TLC. “Through these families and their diverse experiences, we will explore how they blend their values and traditions with everyday life in America.” 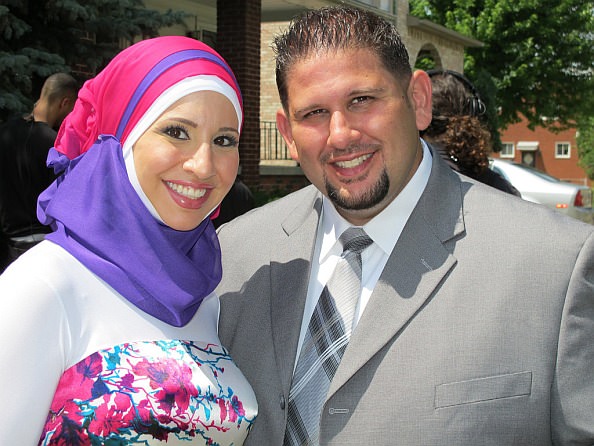 The families on the series share their biggest celebrations and their unexpected challenges. From getting married and the birth of a first baby, to juggling busy careers while raising a family, to managing sibling dynamics, All-American Muslim shows how these individuals negotiate universal family issues while remaining faithful to the traditions and beliefs of their faith.

The families featured in the series share the same religion, but lead very distinct lives that often times challenge the Muslim stereotype. Among the handful of subjects profiled:

TLC is a global brand that celebrates extraordinary people and relatable life moments through innovative nonfiction programming. A top 10 cable network for women, TLC has built successful franchises around the Cake Boss, Say Yes to the Dress and Police Women brands. In 2010, 31 series averaged 1.0 million viewers or more including Sister Wives, Kate Plus 8, 19 Kids and Counting, LA Ink, and What Not To Wear. TLC is available in more than 99 million homes in the US, and more than 50 million households in more than 30 international markets. TLC is part of Discovery Communications – “the world’s number one non-fiction media company” reaching more than 1.5 billion cumulative subscribers in over 180 countries.