You are here: Home / Business / Honest Banking? Are You Kidding Me? 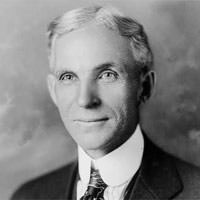 It is well enough that people of the nation do not understand our banking and monetary system, for if they did, I believe there would be a revolution before tomorrow morning. ~ quote from Henry Ford

The following editorial by Joel McDurmon explores the history of the current financial crisis.

We are all familiar with this present financial crisis which began in 2008. Most people have heard that this event is “unprecedented” except for the Great Depression of the 1930s. This is largely nonsense. Due to our limited historical experience and our short historical memories, we either do not know or have forgotten the many financial bubbles and bank bailouts caused mostly by dishonest banking and money all throughout American history. Today is just a variation on the same old theme—played particularly loudly. Here are the true stories of how freedom in money and banking were lost in America.

Like the story of taxation and centralization in general in America, the history of money involves ratcheting tyranny. And like the story of taxation, an honest money and banking system has rarely existed in the United States. We could be picky about the point at which we start the criticism and the first acts to blame, but for all practical purposes it doesn’t matter. The point is that with few exceptions, most influential American banks 1) have never remained honest, 2) have never been forced to be honest, and 3) have actually been encouraged and promoted in their dishonesty by the government itself.

This has been especially true when the governments have been a partner in the money and banking business. Instead of providing a primary service which States should do—the enforcement of contracts—the State and Federal governments have done just the opposite. They have created moral hazard by engaging in fractional reserve banking and inflating the paper and/or digital money supply time and again. In times when private banks have inflated their bank notes against the amount of hard currency held in reserve, the State should have upheld any suit against the bank for theft by fraud. The bank should have been liable for any losses. Instead, more often than not, the scenario has been allowed reach crisis status, and the crisis has been used to justify further fiat currency, and the creation of central banks that also create more paper. This is often coupled with the government-enforced forbiddance of any redemption of paper for hard currency. In other words, the government often refused to punish the fraudulent banking practice, refused to uphold the contract between the client and the bank, and instead enforced the exact opposite of the contract—that the people cannot redeem their bank or state-issued paper for gold or silver.

This has been true of private banks, State banks, and all nationally-chartered Federal banks. Most modern discussions of this topic evade this fact because they are politically motivated. Most people today read the modern Republican-Democrat, conservative-liberal divide back into the nineteenth century (with some justification), then choose sides, and then try to paint the other side with as many warts as possible. Like modern politics, the one who emerges with the least mud on their face is supposed to be the “good guys.” Problem: both guys are covered in mud. Both sides have historically prostituted themselves to the fraudulent banking system. Colonial banks did it, the Continental Congress did it. Hamilton did it, Jefferson did it. Lincoln did it, the Confederate States did it. Republican Progressives did it, Wilsonian Liberal Progressives did it. Republicans love the Fed, Democrats love the Fed. Only a handful of politicians, historically, have opposed the system in general: Andrew Jackson was one; he inspired a whole party to oppose fractional reserve banking at one time. Ron Paul today is another.

From very early, the national Congress tried to decree wealth into existence. When it failed, they tried to impose legal tender laws—forcing people by law to accept paper money according to its face value, despite its declining worth. When this failed, the notes eventually sank into oblivion, and Congress eventually gave up. Speculators bought the notes for fractions of a penny on the dollar. From just the one very early example of the Continental paper dollar, the Philadelphia merchant and astute observer Peletiah Webster noted: “Perhaps this whole transaction affords the most striking proof conceivable, of the absurdity of all attempts to fix the value of money by a law, or any other methods of compulsion.”  When later Congress considered a resolve to forgo even interest payments on their worthless paper, the great minister and statesman John Witherspoon stood and decried “the last stab at public credit.” A government, he iterated, without honest money and banking should not be trusted in any other matter either: “It will be in vain, in [the] future, to ask the public to believe any promise we shall make—even when the most clear and explicit grounds of confidence are produced.”

This early and very tragic lesson was immediately ignored, and has been ignored countless times over and again since. How was freedom in money and banking lost? Here’s a partial list:

Need we say more? Is this not enough to show how honest money and banking have been long lost and kept lost in American history?

For those who desire more specifics, we can oblige.  Space is not warranted here to tell the whole story, but here are some brief and partial historical highlights …

This editorial (and historical survey) by Joel McDurmon explores the history of the current financial crisis. It was originally published under the title:  How was freedom lost in money and banking? Are you kidding me?