You are here: Home / Business / The Right to Work: A Fundamental Freedom 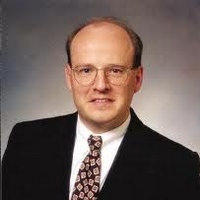 Boeing is a great American company. Recently it has built a second production line –  its other is in Washington State – in South Carolina for its 787 Dreamliner airplane, creating 1,000 jobs there so far. Who knows what factors led to its decision to do this? As with all such business decisions, there were many. But the National Labor Relations Board (NLRB) – a five-member agency created in 1935 by the Wagner Act (about which I will speak momentarily) – has taken exception to this decision, ultimately based on the fact that South Carolina is a right-to-work state. That is, South Carolina, like 21 other states today, protects a worker’s right not only to join a union, but also to make the choice not to join or financially support a union. Washington State does not. The general counsel of the NLRB, on behalf of the International Association of Machinists union, has issued a complaint against Boeing, which, if successful, would require it to move its South Carolina operation back to Washington State. This would represent an unprecedented act of intervention by the federal government that appears, on its face, un-American. But it is an act long in the making, and boils down to a fundamental misunderstanding of freedom.

Where does this story begin?

The Wagner Act and Taft-Hartley

Employees shall have the right to self-organization, to form, join, or assist labor organizations, to bargain collectively through representatives of their own choosing, and to engage in other concerted activities for the purpose of collective bargaining or other mutual aid or protection.

Union officials such as William Green, president of the American Federation of Labor (AFL), and John L. Lewis, principal founder of the Congress of Industrial Organizations (CIO), hailed this legislation at the time as the “Magna Carta of Labor.” But in fact it was far from a charter of liberty for working Americans.

Section 8(3) of the Wagner Act allowed for “agreements” between employers and officers of a union requiring union membership “as a condition of employment” if the union was certified or recognized as the employees’ “exclusive” bargaining agent on matters of pay, benefits, and work rules. On its face, this violates the clear principle that the freedom to associate necessarily includes the freedom not to associate. In other words, the Wagner Act didn’t protect the freedom of workers because it didn’t allow for them to decide against union membership. To be sure, the Wagner Act left states the prerogative to protect employees from compulsory union membership. But federal law was decidedly one-sided: Firing or refusing to hire a worker because he or she had joined a union was a federal crime, whereas firing or refusing to hire a worker for not joining a union with “exclusive” bargaining privileges was federally protected. The National Labor Relations Board was created by the Wagner Act to enforce these policies.

During World War II, FDR’s War Labor Board aggressively promoted compulsory union membership. By the end of the war, the vast majority of unionized workers in America were covered by contracts requiring them to belong to a union in order to keep their jobs. But Americans were coming to see compulsory union membership—euphemistically referred to as “union security”—as a violation of the freedom of association. Furthermore, the nonchalance with which union bosses like John L. Lewis paralyzed the economy by calling employees out on strike in 1946 hardened public support for the right to work as opposed to compulsory unionism. As Gilbert J. Gall, a staunch proponent of the latter, acknowledged in a monograph chronicling legislative battles over this issue from the 1940s on, “the huge post-war strike wave and other problems of reconversion gave an added impetus to right-to-work proposals.”

When dozens of senators and congressmen who backed compulsory unionism were ousted in the 1946 election, the new Republican leaders of Congress had a clear opportunity to curb the legal power of union bosses to force workers to join unions. Instead, they opted for a compromise that they thought would have enough congressional support to override a presidential veto by President Truman. Thus Section 7 of the revised National Labor Relations Act of 1947—commonly referred to as the Taft-Hartley Act—only appears at first to represent an improvement over Section 7 of the Wagner Act. It begins:

Employees shall have the right to self-organization, to form, join, or assist labor organizations, to bargain collectively through representatives of their own choosing, and to engage in other concerted activities for the purpose of collective bargaining or other mutual aid or protection, and shall also have the right to refrain from any and all such activities. . . .

…except to the extent that such right may be affected by an agreement requiring membership in a labor organization as a condition of employment as authorized in section 158(a)(3) of this title.

This qualification, placing federal policy firmly on the side of compulsory union membership, left workers little better off than they were under the Wagner Act. Elsewhere, Taft-Hartley did, for the most part, prohibit “closed shop” arrangements that forced workers to join a union before being hired. But they could still be forced to join, on threat of being fired, within a few weeks after starting on the job.

Boeing’s Interest, and Ours

It cannot be overemphasized that compulsory unionism violates the first principle of the original labor union movement in America. Samuel Gompers, founder and first president of the AFL, wrote that the labor movement was “based upon the recognition of the sovereignty of the worker.” Officers of the AFL, he explained in the American Federationist, can “suggest” or “recommend,” but they “cannot command one man in America to do anything.” He continued: “Under no circumstances can they say, ‘you must do so and so, or, ‘you must desist from doing so and so.’” In a series ofFederationist editorials published during World War I, Gompers opposed various government mandate measures being considered in the capitals of industrial states like Massachusetts and New York that would have mandated certain provisions for manual laborers and other select groups of workers:

The workers of America adhere to voluntary institutions in preference to compulsory systems which are held to be not only impractical but a menace to their rights, welfare and their liberty.

This argument applies as much to compulsory unionism—or “union security”—as to the opposite idea that unions should be prohibited. And in a December 1918 address before the Council on Foreign Relations, Gompers made this point explicitly:

There may be here and there a worker who for certain reasons unexplainable to us does not join a union of labor. This is his right no matter how morally wrong he may be. It is his legal right and no one can dare question his exercise of that legal right.

Compare Gompers’s traditional American view of freedom to the contemptuous view toward workers of labor leaders today. Here is United Food and Commercial Workers union strategist Joe Crump advising union organizers in a 1991 trade journal article: “Employees are complex and unpredictable. Employers are simple and predictable. Organize employers, not employees.” And in 2005, Mike Fishman, head of the Service Employees International Union, was even more blunt. When it comes to union organizing campaigns, he told the Wall Street Journal, “We don’t do elections.”

Under a decades-old political compromise, federal labor policies promoting compulsory unionism persist side by side with the ability of states to curb such compulsion with right-to-work laws. So far, as I said, 22 states have done so. And when we compare and contrast the economic performance in these 22 states against the others, we find interesting things. For example, from 1999 to 2009 (the last such year for which data are available), the aggregate real all-industry GDP of the 22 right-to-work states grew by 24.2 percent, nearly 40 percent more than the gain registered by the other 28 states as a group.

Even more dramatic is the contrast if we look at personal income growth. From 2000 to 2010, real personal incomes grew by an average of 24.3 percent in the 22 right-to-work states, more than double the rate for the other 28 as a group. But the strongest indicator is the migration of young adults. In 2009, there were 20 percent more 25- to 34-year-olds in right-to-work states than in 1999. In the compulsory union states, the increase was only 3.3 percent—barely one-sixth as much.

In this context, the decision by Boeing to open a plant in South Carolina may be not only in its own best interest, but in ours as well. So in whose interest is the National Labor Relations Board acting? And more importantly, with a view to what understanding of freedom?

As more and more workers and businesses have obtained refuge from compulsory unionism in right-to-work states in recent decades, the rationality of the free market has been showing itself. But the public sector is another and a grimmer story.

The National Labor Relations Act affects only private-sector workers. Since the 1960s, however, 21 states have enacted laws authorizing the collection of forced union dues from at least some state and local public employees. More than a dozen additional states have granted union officials the monopoly power to speak for all government workers whether they consent to this or not. Thus today, government workers are more than five times as likely to be unionized as private sector workers. This represents a great danger for taxpayers and consumers of government services. For as Victor Gotbaum, head of the Manhattan-based District 37 of the American Federation of State, County and Municipal Employees union, said 36 years ago: “We have the ability, in a sense, to elect our own boss.”

How this works is simple, and explains the inordinate power of union officials in so many states that have not adopted right-to-work laws. Union officials funnel a huge portion of the compulsory dues and fees they collect into efforts to influence the outcomes of elections. In return, elected officials are afraid to anger them even in the face of financial crisis. This explains why states with the heaviest tax burdens and the greatest long-term fiscal imbalances (in many cases due to bloated public employee pension funds) are those with the most unionized government workforces. California, Illinois, Massachusetts, Michigan, Nevada, New Jersey, New York, Ohio and Wisconsin represent the worst default risks among the 50 states. In 2010, an average of 59.2 percent of the public employees in these nine worst default-risk states were unionized, 19.2 percentage points higher than the national average of 40 percent. All of these states except Nevada authorize compulsory union dues and fees in the public sector.

Fortunately, there are signs that taxpayers are recognizing the negative consequences of compulsory unionism in the public sector. Just this March, legislatures in Wisconsin and Ohio revoked compulsory powers of government union bosses, and similar efforts are underway in several other states. [However,  Big Government reports that Ohio unions beat back the recent reforms.]  Furthermore, the NLRB’s blatantly political and un-constitutional power play with regard to Boeing’s South Carolina production line is sure to strike fair-minded Americans as beyond the pale. Now more than ever, it is time to push home the point that all American workers in all 50 states should be granted the full freedom of association – which includes the freedom not to associate – in the area of union membership.

Mark Mix is president of the National Right to Work Legal Defense Foundation, as well as of the National Right to Work Committee, a 2.2 million member public policy organization. He holds a B.A. in finance from James Madison University and an associate’s degree in marketing from the State University of New York. His writings have appeared in such newspapers and magazines as the Wall Street Journal, Investors Business Daily, the Washington Times, the San Antonio Express-News, the Orange County Register and National Review.

The editorial above was adapted from a lecture delivered at Hillsdale College on January 31, 2011, during a conference co-sponsored by the Center for Constructive Alternatives and the Ludwig von Mises Lecture Series.  Reprinted by permission from Imprimis, a publication of Hillsdale College.