Mayor O’Reilly was joined by other Recreation Commissioners to bestow the honor, which was supported by the Dearborn City Council. 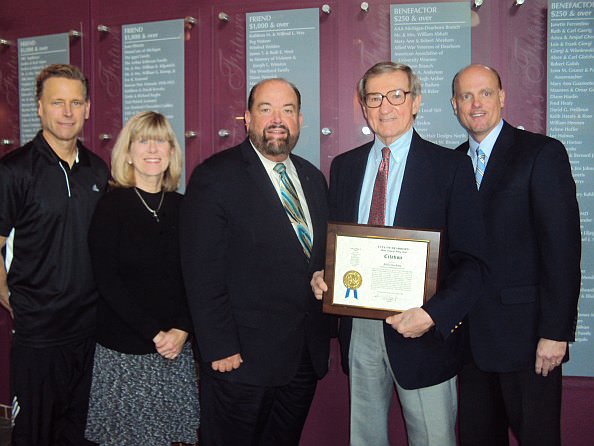 Over his 31 years of voluntary service on the Recreation Commission, Mike Suchara was instrumental in establishing policy and recreational programs. Among the major projects completed while he was a commissioner are the transformation of the Civic Center into the Ford Community and Performing Arts Center; improvements at Camp Dearborn; and the city’s acquisition, operation Suchara also introduced the Hall of Fame category in the commission’s

“Commissioner Suchara has faithfully served the City of Dearborn for more than three decades,” said Mayor O’Reilly. “I commend his dedication to improve the quality of the recreational programs for Dearborn residents. We appreciate his outstanding contributions and wish him the best in the future.”