LANSING, Michigan – State Representative George T. Darany did not miss a single one of the 613 votes taken during the 2011 House session. Rep. Darany was one of 61 lawmakers out of the 110 House members who did not miss a vote last year. 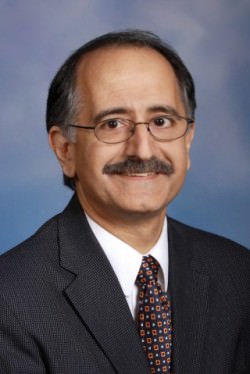 “As the State Representative from the 15th district, it is my job to make sure that the voices of Dearborn are heard,” Darany said. “It has been such an honor and a privilege to represent this community and I understand that if I miss a vote, then it is the hard-working people of my hometown who pay the price. Every vote we take is an opportunity to move Michigan forward and I am committed to using these opportunities to make sure that our state is headed in the right direction.”

In addition to his voting record, Rep. Darany introduced 14 pieces of legislation during the 2011 session and co-sponsored another 197. This includes a bill whose Senate version was signed into law and gives culinary students a competitive advantage after graduating from a Culinary Arts program, and a resolution that was passed by the House of Representatives that urges the U.S. Department of Defense to acknowledge all military members hurt in combat.

“Michigan citizens deserve lawmakers that work for them and I remain dedicated to serving the people of the Dearborn community,” Darany said. “Since the day I was sworn into office last year, the interests and well-being of my constituents have come first. I have greatly appreciated all of the input and feedback I received from Dearborn residents throughout 2011 and I look forward to continued communication as the 2012 legislative session gets underway. While we saw a number of contentious bills signed into law last year, I feel optimistic about the future of our state and it is my hope that this year will lead to greater bi-partisan cooperation and collaboration.”