You are here: Home / Community / Elderly Resident Targeted in Larceny

DEARBORN, Michigan —  On January 23, 2012 at approximately 3:00pm, Dearborn Police officers were called to 24000 block of Ross in the city’s west end for a suspicious circumstance report. The elderly resident explained to the responding officer that an unknown male and unknown female with a baby came to her home and knocked on the back door. The resident was expecting a service call from a contractor so she opened the door. 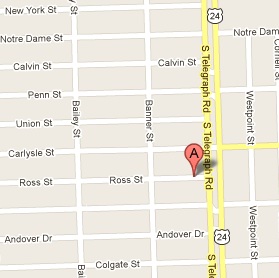 The two subjects with the baby entered the home and spoke with the resident for some time. The female sat on the couch and the male stood behind the wheelchair bound resident. The subjects tried to convince the resident that she knew them from long ago. After some time, the subjects said that they had to leave and left through the front door of the home.

When the resident went to her bedroom she found some of her belongings disturbed. The resident found some tax paperwork and a key had been taken.

Dearborn Police detectives are actively pursuing leads that may lead to the identification of the perpetrators.  Anyone with information is asked to please call the Dearborn Police Department’s TIP LINE at (313) 943-3012.

This incident resembles similar recent incidents in the Metro Detroit area. The Wayne County Prosecutor’s office is pursuing cases from the neighboring cities. This crime is consistent with other Wayne County incidents where unknown subjects attempt to befriend an elderly resident. When the resident is distracted, one of the subjects attempts to find anything of value that they can remove from the home. Small children and babies are often used as distractions.

Chief Ronald Haddad stated he would like to remind all residents to avoid letting unknown individuals into their home. Chief Haddad advises that when someone does come to the door, residents should ask who is at the door before unlocking or opening the door.  If the subject cannot be identified, it is recommended that residents call the Dearborn Police Department.

Suspects utilize a number of means to attempt to gain entry into a home.  If permitted entry one or two subjects attempt to distract the homeowner and direct them toward the kitchen or away from valuables with deceptions such as:

Here are some safety tips from residents should consider: