DETROIT, Michigan – On Friday, January 27th,  U.S. Magistrate Judge  R. Steven Whalen recommended that Robert J. Muise, the attorney for Christian Pastor George Saieg, be awarded $103,401 in fees and costs for successfully challenging the City of Dearborn’s restriction on the Christian’s right to freedom of speech at the 2009 Arab Festival held in the City. 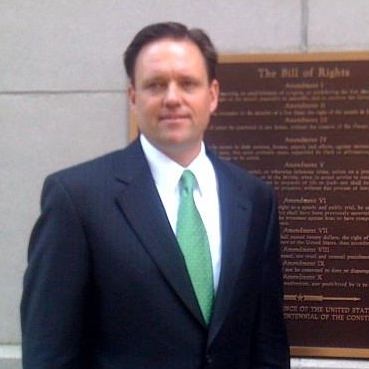 Robert Muise, AFLC Attorney, stands next to Bill of Rights

A blog post by the American Freedom Law Center (AFLC) said:  “The City, not wanting to offend its large Muslim population, would not allow the Christian to hand out religious literature at the Festival.”

In the order, the federal judge stated, “In this case, the Plaintiff received the full relief he sought — an invalidation of the leafleting restriction and a permanent injunction barring its enforcement. . . . Because this result ‘cannot fairly be labeled as anything short of excellent, [Plaintiff] is entitled to a fully compensatory fee.’”

The City of Dearborn has 14 days to appeal.

“The award of attorney fees in this case,” noted Muise, “is critical in the lawfare against Civilization Jihad and dhimmitization, or subjugation, of an entire municipality in Michigan. Dearborn has a long record of this kind of illegal, heavy-handed treatment of Christians as an attempt to placate Dearborn’s sharia-faithful. The court’s ruling  demonstrates that this kind of behavior will come at great cost.”

The citizens of Dearborn never voted for the absurd anti-free-speech ordinance. Some Dearborn citizens are wondering why public officials conspired together to create the un-constitutional city ordinance(s) – against the will of the people.

Muise recently won acquittals for charges of  disturbing the peace brought by the Dearborn prosecutor against a group of Christians following their arrests by Dearborn police in 2010 for the same kind of peaceful free speech activities.  Muise and David Yerushalmi of the American Freedom Law Center, along with attorneys from the Ann Arbor based Thomas More Law Center, currently represent these Christians in a civil action arising from these arrests. 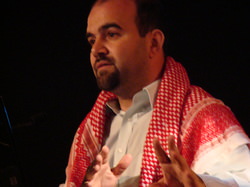 Whalen said Saieg and his Arabic Christian Perspective organization sued Dearborn and its police chief, Ron Haddad, because after distributing Christian information at the event for several years, he was told police would arrest him if he gave information to anyone at the Arab fest.

“Requiring defendants to absorb plaintiff’s attorney’s fees for the district court proceedings in this case would produce the absurd result of punishing defendants for their success in this court and for acting in accordance with precedent endorsed by two federal judges. Moreover, it would send a message that established precedent and this court’s rulings cannot be relied upon given that a plaintiff potentially could persuade the 6th Circuit to establish new precedent,” the City of Dearborn argued.

The judge stated that the pastor did, in fact, prevail on his free speech claim.