You are here: Home / Community / Public Invited to Disability Concerns Meeting on March 15

The public is welcome. The meeting will provide an opportunity to discuss accessibility, new Americans with Disabilities Act (ADA) regulations, voting sites, education and awareness.  For more information call 943-2789. 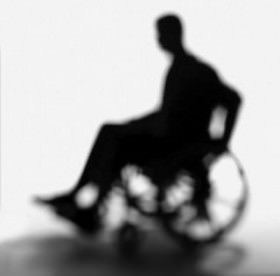 The ADA is a wide-ranging civil rights law that prohibits, under certain circumstances, discrimination based on disability.  It was signed into law on July 26, 1990, by President George H. W. Bush, and later amended with changes effective January 1, 2009.  It affords similar protections against discrimination to Americans with disabilities as the Civil Rights Act of 1964,which made discrimination based on race,religion, sex, national origin, and other characteristics illegal. Disability is defined by the ADA as “a physical or mental impairment that substantially limits a major life activity.” The determination of whether any particular condition is considered a disability is made on a case by case basis. Certain specific conditions are excluded as disabilities, such as current substance abuse and visual impairment which is correctable by prescription lenses.

The “original intent” of the law, as co-conceived by Lex Frieden and Mitchell J. Rappaport, was to create civil rights law protections for people with disabilities that would be permanent, would not be able to be reversed or weakened, and would prohibit all discrimination. It was also intended so that Americans with disabilities would be kept in the mainstream in terms of scientific and medical research and developments, especially opening future opportunities,  healthcare law and policy changes, and civil rights protections and public law changes for Americans with physical, mental and cognitive disabilities.