The state fire marshal leads the Michigan Bureau of Fire Services within the Michigan Department of Licensing and Regulatory Affairs, and also serves as a member, or ex-officio member, of the State Fire Safety Board, Fire Fighters Training Council and State Board of Mechanical Rules. 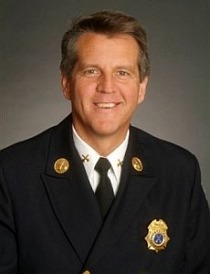 “Richard Miller is a great fit for this post,” said Snyder. “He brings extensive training and more than 30 years of experience, and I am confident he will continue to ensure utmost quality and efficiency when it comes to safeguarding Michigan citizens and property from fire related emergencies.”

Miller has served as Dearborn’s fire chief since 2010. He began his career as a firefighter with the Dearborn Fire Department. He has held several positions with the department, including fire inspector, fire lieutenant, fire captain and senior battalion chief. Miller holds professional certifications for driver’s training, tactical and pump operations, hazardous materials, fire officer I, II and III and others from Michigan’s Fire Fighters Training Council. He has served on the Michigan State Fire Safety Board since August 2011.

Miller will serve at the pleasure of the governor and his appointment is not subject to the advice and consent of the Senate.