You are here: Home / Community / Dearborn School Board Moves To Six Year Terms

DEARBORN, Michigan – In November 2011 the Michigan Senate passed House Bill 4005 that was signed by the Governor amending Michigan election law and requiring all school board elections to be held in November of even years beginning in 2012. This change in the state law has forced the Dearborn Board of Education to change their election cycle. Currently Board members are elected to a four year term in office with elections held each year to elect one or two Board members.

Since Board members will only be elected in even number years current trustees who have terms ending in an odd year will have their term extended by one year per state law.  The new school board terms are as follows: 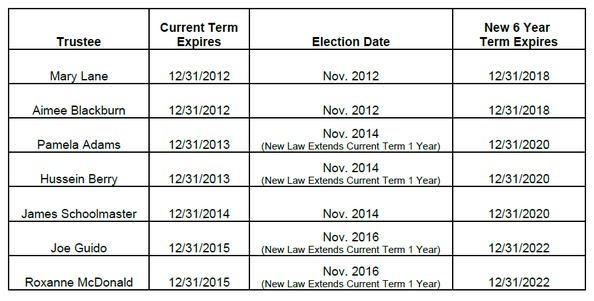