DEARBORN, Michigan — On February 12, 2012 Dearborn Police received information from Dearborn Heights Police regarding Marcel Terry, who they had in custody on Home Invasion charges. 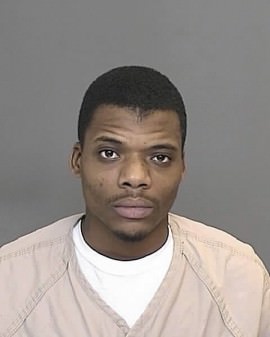 On March 9th, 2012 Terry was arraigned before the Honorable Judge Hultgren of the 19th District Court, on Home Invasion 2nd Degree, Home Invasion 1st Degree, Larceny of a Firearm, and Felony Firearm. Bond was set $100,000 Cash Surety for both cases total.

A preliminary exam is scheduled for March 23, 2012 in the 19th District Court.

Chief Haddad stated “This arrest could not have been possible without the collaborative efforts of the Dearborn and Dearborn Heights Police Department. This investigation is ongoing and detectives are reviewing other open cases to determine if Terry may be responsible.”