YPSILANTI, MI — In its season grand finale on April 29th, The Ypsilanti Symphony Orchestra (YSO) will be teaming up with The Henry Ford and the Sphinx Organization to bring concertgoers the experience of a lifetime. 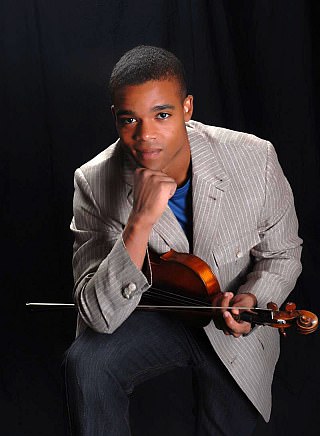 The Ypsilanti Symphony has partnered with the nationally-recognized Sphinx Organization since 2007 by featuring a Sphinx Competition winner at one of its concerts each year. The Sphinx Organization, founded in 1996 by Aaron P. Dworkin, is dedicated to building diversity in classical music. Its annual competition features talented young African-American and Latino musicians from the United States.

Antonio Stradivari’s violins are revered for their exquisite tone. The Henry Ford’s 1709 Stradivari is one of several 17th- and 18th-century violins purchased by Henry Ford in the mid 1920s. As an amateur violinist, Ford would often play the instrument in his laboratory for his own enjoyment.

“Partnering with The Henry Ford is an extremely important collaboration that speaks to our passion for strengthening community ties and offering diverse musical experiences to our audiences,” said YSO Music Director and Conductor, Adam C. Riccinto.

Also on the April 29 program are Herold’s “Zampa” Overture, Dvorak’s Symphony Nr. 8 in G major, and Sarasate’s “Zigeunerweisen.” Tickets for the concert, which begins at 3:30 p.m., are $14 for adults; $7.50 for students, seniors, and children under 12, and $9 per person group rate (for a group of four or more). Online or phone order fees may apply. Follow the concert link from the YSO’s home page, or call Eastern Michigan University’s box office at (734) 487-5386.

About The Ypsilanti Symphony Orchestra
Founded in 1999, the YSO’s mission is to “share a passion for music through innovative programming, creative collaboration, and arts advocacy.” The YSO actively contributes to the music appreciation and education of its musicians, organizational members, and audience.