DEARBORN, Michigan – Every year, the Rotary Club of Dearborn invites two students from each of the local high schools to attend and participate in its meetings during the Club’s Youth Month in February. Students have the opportunity to talk with Dearborn Rotarians and learn about their involvement in the local community and Rotary’s international relief efforts worldwide. 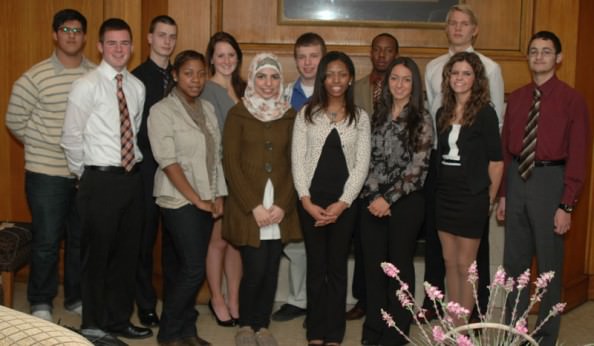 During Youth Month, the Club also awards scholarships to outstanding high school seniors in honor or memory of longtime Rotarians. This year, the number of students receiving scholarships grew with the introduction of the first Robert M. Young and Past President’s Scholarship.

Young, a retired educator and former Dearborn Rotary president, provided the seed money to award scholarships to students in Dearborn Public high schools, based on their academic achievements, community service, leadership and an essay that demonstrated their commitment to the Rotary Four-Way Test. 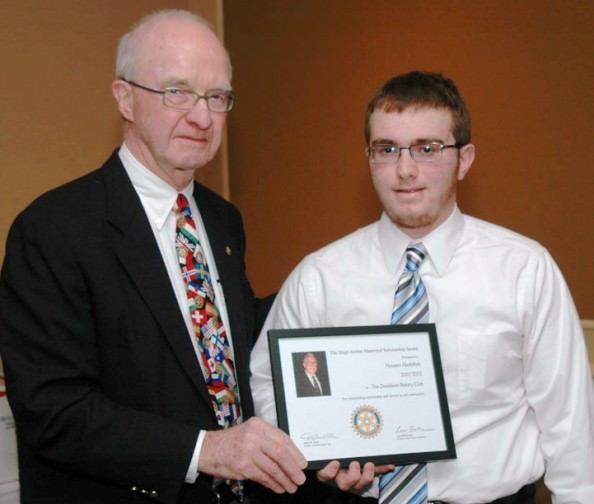 “Our Club is very grateful to Bob for his tremendous generosity and other donors who contributed,” said John Artis, Dearborn Rotary’s 2011-12 president. “Their support, along with Rotarians who helped with the scholarship planning and selection process, enabled us to launch the program this year with three awards.”

One student was selected from each of three high schools within Dearborn Public Schools to receive $2,000 each for the college or university of their choice. Among this year’s honorees were Mayla Harp, Fordson High School; Hana Chovcair, Dearborn High School and Kim Le, Edsel Ford High School.

This year’s sixth annual Hugh Archer Memorial Scholarship of $4,000 was presented to Hussein Abdallah, a senior at Dearborn. Abdallah, son of Mohamed and Salwa Abdallah, plans to attend the Massachusetts Institute of Technology. 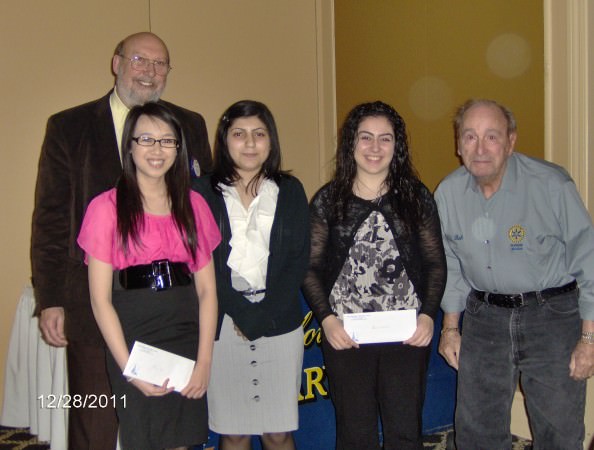 Hugh Archer’s daughter Lucy Peck attended the scholarship presentation, and shared that her father had also benefited from scholarship money, which allowed him to graduate from college and “pay it forward.” Archer, a longtime Rotarian who served as president of Rotary International in 1988-1989, was known for many achievements including inventor, scientist, entrepreneur, banker, businessman, ham radio operator, sportsman, and humanitarian.

“Interestingly, Hussein’s scholarship application revealed him to be someone very much like Hugh Archer in business, personal interaction and science,” said Lee Hollmann, chairman of the Archer Scholarship committee.

The Club’s largest annual scholarship award of $5,000 was presented to Amanda Amen from Dearborn High School. Amen, daughter of Andrea Awada and Alan Amen, received the Harry A. Sisson Memorial Scholarship, which is made possible through an endowment from the Harry A. Sisson Foundation. Mr. Sisson became a Rotarian in 1917 and patterned his life after the principles of Rotary’s motto “Service above Self.” 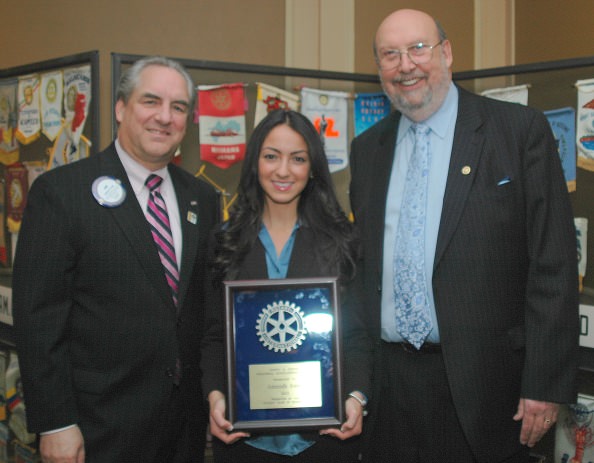 Criteria for winning the Sisson Scholarship include exemplifying the Rotary service ideals along with high academic achievement, leadership among peers and demonstration of the highest ethical standards. The award was presented to Amen by Jim Ives, Dearborn’s Rotarian of the Year.

In addition to maintaining high academic standards, Amen has served as a tutor, student body vice president, and member of the Michigan Department of Civil Rights Youth Advisory Board and the National Honor Society.

Amen was also selected as one of two high school representatives from Dearborn High to participate in Dearborn Rotary’s Youth Month.

Rasmus Johnsen, the Club’s exchange student from Denmark who attends Dearborn High School, was also invited to talk about his country and share perspectives about his stay in Dearborn.

Youth Month organizer Bob Gleichauf echoed the feelings of fellow Rotarians who shared that the Club welcomes the opportunity to interact with such an outstanding group of students.

About Rotary
Rotary is the world’s first service organization, which was founded by Paul P. Harris in 1905 in Chicago, Illinois. The name Rotary is derived from the early practice of rotating meetings among members’ offices. Today, Rotary has evolved into an international service organization of 1.2 million business and professional leaders in 33,000 clubs worldwide. The Rotary Club of Dearborn is one of 51 clubs in Rotary District 6400 which includes Wayne, Monroe and Lenawee counties in Michigan and Essex County in Ontario. Dearborn Rotary meets weekly at The Fairlane Club in Dearborn. For additional information, visit www.dearbornrotary.org or call 313-278-7233.