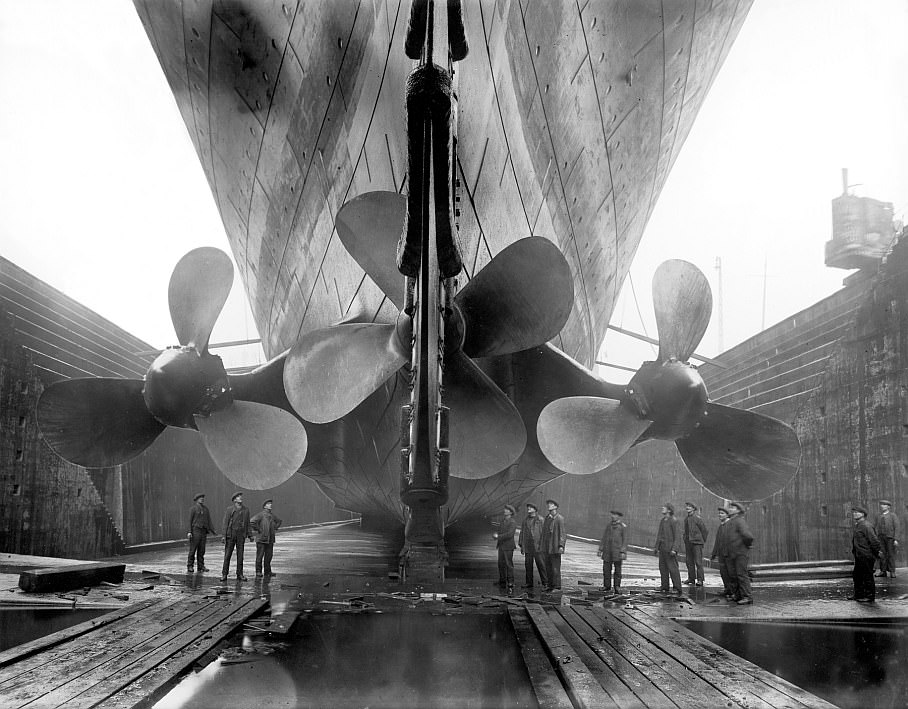 Men are dwarfed by the huge Titanic propellers in this 100 year old photograph when the Titanic was in dry dock - in 1911 or 1912. (Photo courtesy of the Henry Ford Museum)