DEARBORN, Mich. – The Dearborn Symphony will perform an exhilarating program of Spanish and Latin colors and rhythms on Friday, April 13 at 8 pm at Dearborns’ Ford Community & Performing Arts Center. Under the direction of Conductor Kypros Markou, the orchestra will feature Croatian born classical guitarist Ana Vidovic. Hailed as “One of the youngest and most talented virtuoso guitarists in the world…,” (Johabbes Hillje, Akbank Art Center, Istanbul), “Her virtuosity continues to astound…with no apparent technical limitation and a musical maturity that belies her age…” (Stephen Griesgraber, Guitar Review), Ana will perform Concierto de Aranjuez for Guitar and Orchestra, Joaquin Rodrigo’s virtuosic guitar masterpiece. 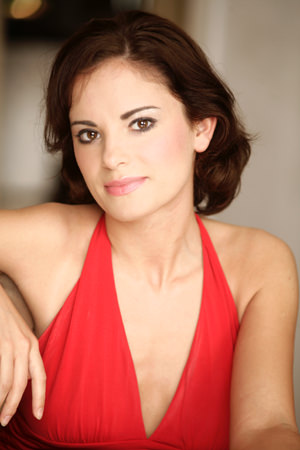 Ana has given over a thousand public performances since first taking the stage in 1988 with international performances in New York, London, Paris, Vienna, Salzburg, Rome, Budapest, Warsaw, Tel Aviv, Oslo, Copenhagen, Toronto, Baltimore, San Francisco, Houston, Austin, Dallas, St. Louis and beyond. As winner of an impressive number of prizes and international competitions and with her reputation in Europe, she was invited to study with Manuel Barrueco at the Peabody Conservatory where Ana graduated in 2005. At 28, Ana says that she faces the stereotype that classical music is just for a certain class and age. “I say, just come and listen. Classical music is not about education or behaving and dressing in a certain way….When I’m playing, it feels like I’m in a different place.”

This exciting concert begins with Emmanuel Chabrier’s orchestral showpiece, España, composed after a trip to Spain where he was captivated by the energy of the native music. He described dancers at café concerts to a friend: “If you could see them wiggle, unjoint their hips, contort, I believe you would not want to get away! At Malaga I was compelled to take my wife away…” Chabrier wrote to a friend while he was writing the piece, “My rhythms, my tunes will arouse the whole audience to a feverish pitch of excitement; everyone will embrace his neighbor madly.” Next up is Paul Creston’s equally spirited “Night in Mexico,” that depicts nocturnal partying in Mexico. 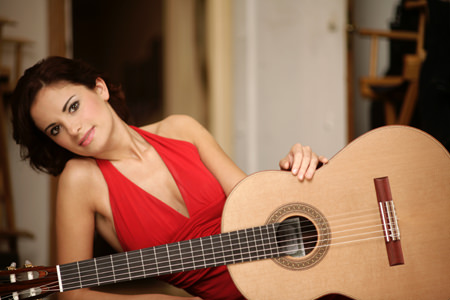 Ana will perform Rodrigo’s most famous guitar concerto with great passion and sensitivity. Rodrigo was inspired in 1939 by visits to the 300-acre gardens of Aranjuez, part of an 18th-century summer palace of the Bourbon kings of Spain outside Madrid. Rooted in Spanish folk songs and dances, the piece has been a staple of public radio stations for years, based on its ear-catching melodies and the pop-culture attraction of the guitar.

The music of composer Carlos Chavez, one of Mexico’s leading 20th Century composers, continues the program. About the indigenous and folk music of Mexico, Chavez wrote, it is “a reality of contemporary life, not…a relic to satisfy mere curiosity on the part of intellectuals.” Sinfonia India is a joyful and lively piece based on Mexican-Indian melodies with exotic colors, pulsating rhythms, melodic character and distinctive percussion effects derived from three  Indian tribes on the west coast of Mexico.

Bringing the concert to an electrifying finale is Rimsky-Korsakov’s dazzling Capriccio Espagnol, a series of five linked movements, each based on Spanish themes. Rimsky-Korsakov hoped his Capriccio Espagnol would “glitter with dazzling orchestral color,” capturing the very essence of Spanish music. He wrote, “The Spanish themes, of dance character, furnished me with rich material for putting in use multiform orchestral effects.” Ending the Capriccio with the Fandango, a classic Spanish dance, the music will close the concert with classic Spanish flair!

Lodging for Ms. Vidovic is courtesy of The Dearborn Inn – A Marriott Hotel; she appears by exclusive arrangement with Diane Saldick, LLC. Tickets ranging from $15 to $30 in balcony, box and lower level are available by phoning the Symphony at 313-565-2424 or at the theater box office at 313-943-2354. Visit dearbornsymphony.org for more information. Contact the Symphony office for group discounts.