DEARBORN, Michigan – The Dearborn Public Schools is mourning the loss of Business Services Director Mr. Robert Cipriano. Mr. Cipriano has been with the district since July of 2000 and was responsible for managing the district’s $200 million budget and oversaw district athletics. Before joining the Dearborn Public Schools Mr. Cipriano worked for Oakwood Hospital. He is a graduate of Central Michigan University. 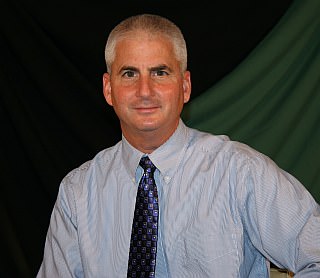 Staff members who work in the Administration Building with Cipriano were shocked and saddened to hear the tragic news as they arrived for work on Monday morning. Grief counselors were at the building on Monday and will be available for anyone who may need to talk with someone about this very terrible event.

Bob, as everyone knew him by, was not a “behind the desk” administrator. He would routinely be seen at buildings, working directly with principals, attending sporting events in the district, and reading to students during March is Reading Month. He was an excellent steward of taxpayer dollars.

“Bob made students the priority. If we had to make cuts he would want to know how it would impact the classroom, if we were going to spend additional dollars he wanted to make sure it was being spent to help students learn,” Whiston added.

Cipriano was part of the district’s negotiations team and was instrumental in helping the district and teachers reach a ground breaking contract that saved jobs by allowing the union to manage their own healthcare.

The thoughts and prayers of all district staff members go out to the Cipriano family and the hopes of a speedy recovery for Mr. Cipriano’s wife and son.

Cipriano was the victim of a violent break-in at his Farmington Hills home. His wife and son were also seriously injured in the attack and remain in the hospital. His other son and daughter were able to escape the home without physical injury.