DEARBORN, Michigan – The Dearborn Police Department, in conjunction with several surrounding communities , has been investigating the thefts of over 100 Catalytic Converters. Through regional cooperation and citizen assistance officers were able to develop substantial leads as to vehicle and suspect descriptions. This ultimately led to the identification and arrest of the responsible suspects. 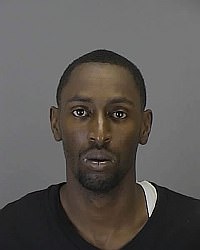 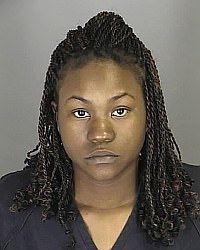 On April 4, 2012 the Dearborn Police Departments, Special Operations Unit observed a vehicle matching the description of the suspect vehicle wanted in connection with the multiple Larcenies (Catalytic Converters) in the City of Dearborn and surrounding communities.

Officers began a surveillance, which led them through several jurisdictions, while in the city of Madison Heights, Michigan officers observed the listed suspects commit 3 larcenies of catalytic converters. Officers then arrested Ronald Peterson and Fayonia Berry for the larcenies.

On April 11, 2011, the Dearborn Police Department obtained felony charges for Dearborn incidents. Ronald Peterson for 1 count of Unlawful Driving Away of an Automobile, Receiving and Concealing a stolen motor vehicle, 5 counts of felony larceny from vehicle (catalytic converters) and a habitual 4th notice in Wayne County.

Chief Haddad stated that Peterson and Berry are involved in thefts in Wayne, Oakland and Macomb counties. “This is an example of how regional partnerships and citizen assistance allow our department to be more effective in defeating the criminal element.”