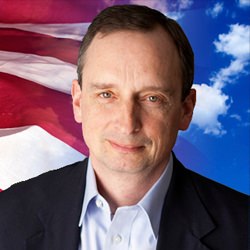 “I believe Jack has been consistent on upholding Constitutional Principles when he voted in Lansing. I am confident that he will do the same in the United States Congress,” said Commissioner Sage.

“Jack and I were elected to the county board in 2000. Since serving with him and then watching him serve in Lansing, I have seen someone who has voted with his conscience and stayed true to his core beliefs,” said Commissioner John Zull, also of Portage.

“While in Lansing, either Jack or I were named the most conservative representatives in the house; twice, we shared the title,” said Former Allegan County State Representative, Fulton Sheen. “Jack is a true conservative, and a man of faith, conviction and integrity.”

Hoogendyk also received the endorsement of Representative Tom McMillin from Oakland County.  McMillin is currently rated the most conservative lawmaker in Lansing, based on a scorecard put out by the Independent Tea Party Patriots.

“I am honored to receive these strong endorsements from individuals, all of whom I respect for their principled stand on the issues important to the sixth district,” said Hoogendyk.